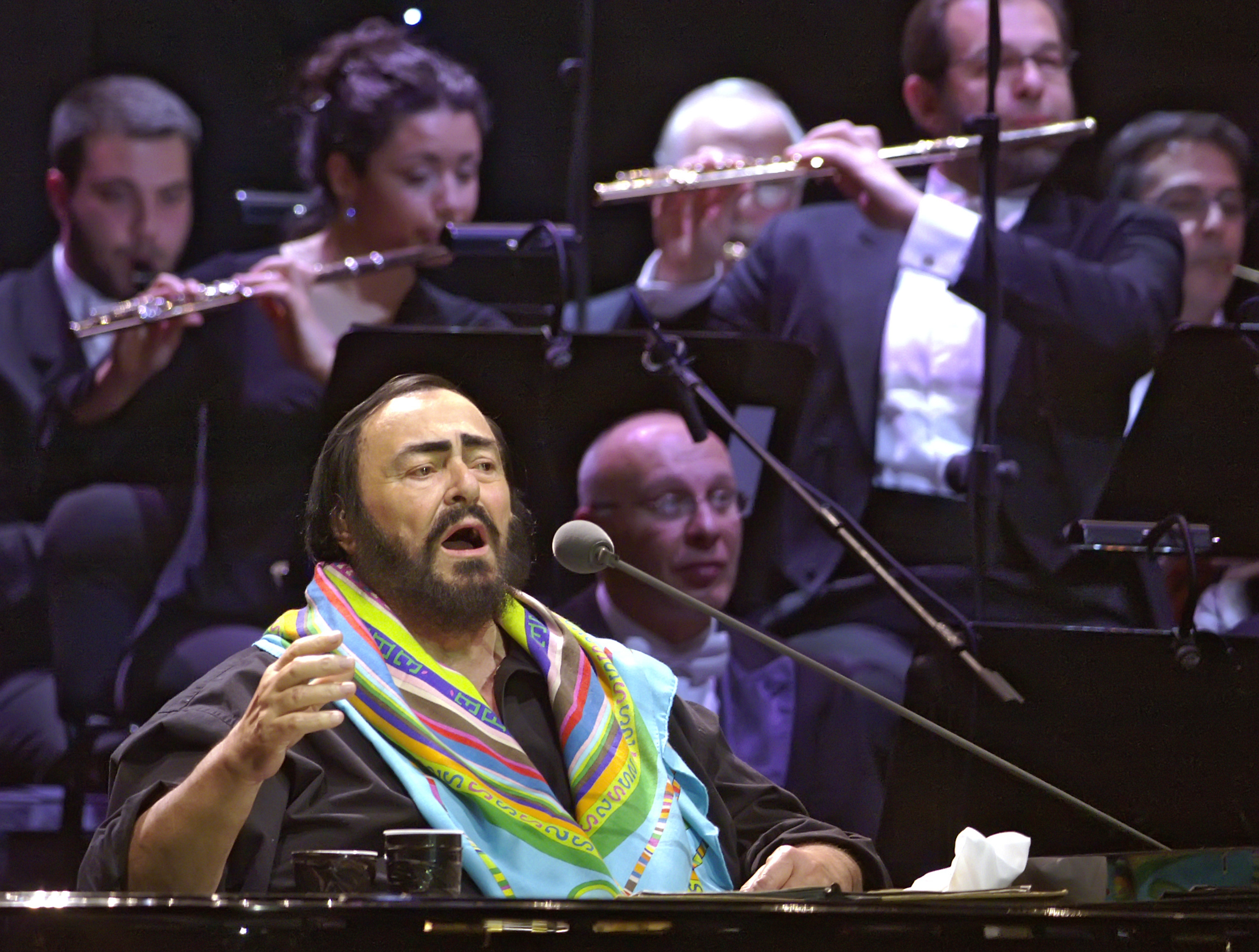 ARGUABLY the world’s most famous opera singer, Luciano Pavarotti, from Modena Italy has been honoured in Hollywood USA.

Opera singer Luciano Pavarotti, who died in 2007 at the age of 71, has received a Hollywood star on the iconic Walk of Fame at number 7065 Hollywood Boulevard in Los Angeles, USA.

Cristina Pavarotti, daughter of the great singer Luciano Pavarotti, took the stage on Hollywood Boulevard for the artist’s induction ceremony on the iconic Walk of Fame on Wednesday, August 24.

Speaking at the ceremony, she said: “When I hear people remember my father and I think of the things he accomplished and the roads he opened and the many emotions he gave and received, I feel a sense of excitement.

“It is a great honour to represent him on this beautiful occasion, and I cannot tell you how much I wish he was here with us, but this is not given even to the stars.”

She added: “I remember when in the dressing room, happy but tired and hungry, and sometimes still in his stage costume, he would stay for hours signing autographs so as not to displease a single one of his admirers.

“I could see him one evening on stage in front of the audience who did not know what to expect and had greeted him coldly, and him accepting the challenge and leading the audience song after song, as in a courtship ritual.

“I think it is clear that I have been a fan of my father’s, a very lucky fan without a doubt, so allow me to thank him for all the times that from the seat of a stage, or from the armchair where I was sitting, with the many nuances of his singing, for a poignant phrase, with a pianissimo or a ringing high note, he has grabbed me on the fly and taken me high up on the heights.”

“The ceremony to lay Luciano Pavarotti’s star on Hollywood’s Walk of Fame has just taken place! Cristina Pavarotti: “It is a tremendous honour to represent my father on this momentous occasion,” one person wrote.

The ceremony to lay Luciano Pavarotti's star on Hollywood's Walk of Fame has just taken place! Cristina Pavarotti: “It is a tremendous honour to represent my father on this momentous occasion.” pic.twitter.com/lXxFGIBqmc

The Mayor of Pesaro Matteo Ricci wrote: “Today in #walkoffame the biggest star, that of Luciano Pavarotti, was lit.”

La Fenice Theatre wrote: “Guys, Pavarotti is a star: his name is now on the Hollywood ‘Walk of fame’. This must ennoble Italic art all and of course the pride of our hearts as well as the immense pride of music!”

Luciano Pavarotti became one of the most acclaimed and loved tenors of all time and was dubbed the “King of the High Cs”.

He wowed as one of the Three Tenors, who performed their first concert during the 1990 FIFA World Cup.

He died from pancreatic cancer on September 6, 2007.