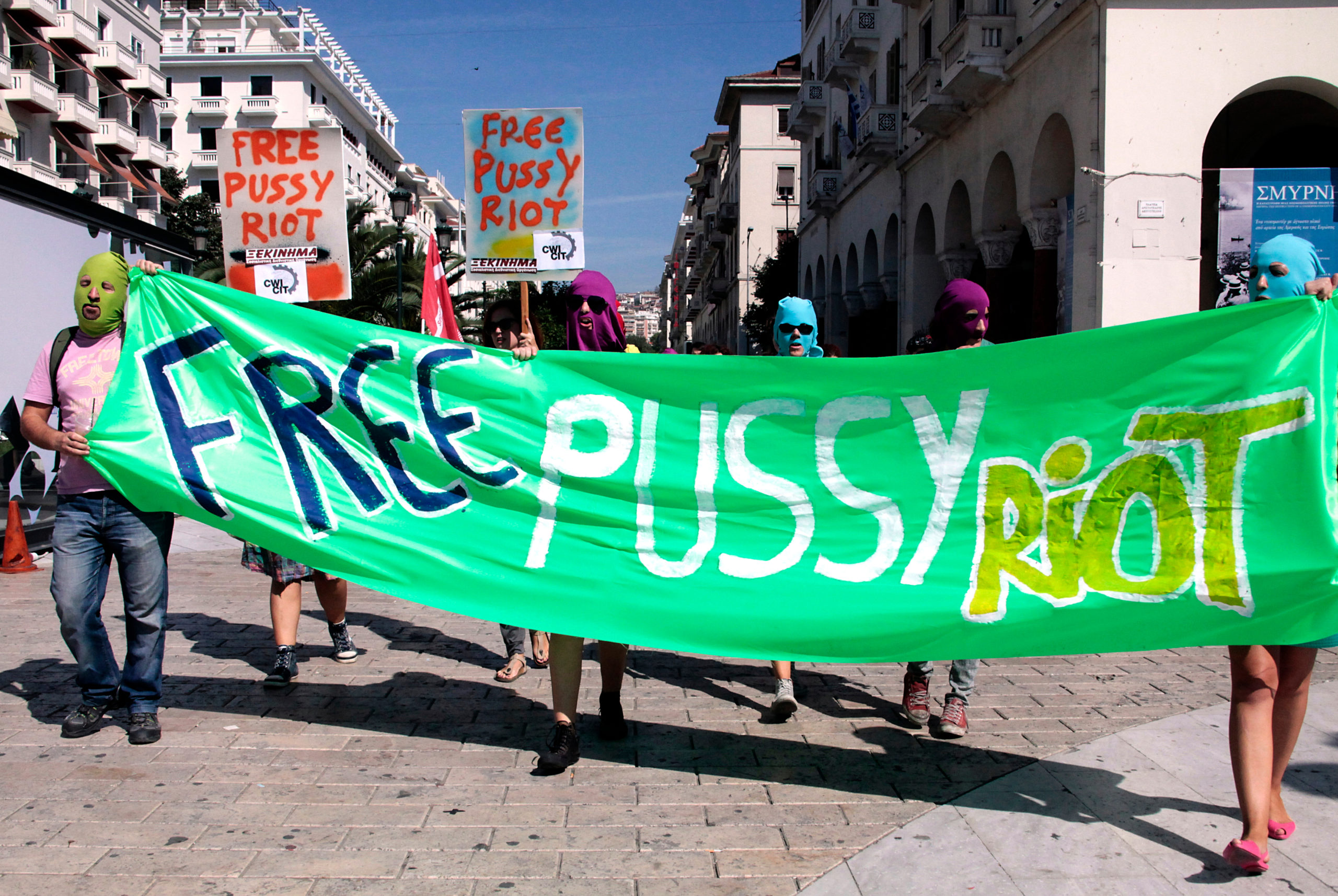 “If you let Putin, he will go to Berlin” warns the European members of the Russian protest band known as Pussy Riot. These young musicians are currently in Switzerland and have also clearly criticised the EU.

Wearing little material from the navel down, but with a balaclava over their heads to mask their faces, this is how the world knows the well known Russian punk bank Pussy Riot. They brought spectacular surprise performances to the headlines, as well as arrests and lawsuits, and now the young women who consider themselves riot rebels are in Zurich.

The Russian punk band were not sparse with their criticism in their chat with the Swiss newspaper Tagesanzeiger. They consider it ridiculous that the EU have confiscated oligarchs’ assets.

Olga Borivosa said: “In Switzerland, so many Russian oligarchs have private property, their children go to school here, why are they not freezing all of their accounts?”

A similar circumstance is happening in Austria, even the mayor or Vienna Michael Ludwig had to admit in a video conversation with the mistaken Vitali Klitschko that the Russians continued living with “big cars and big houses” but in Vienna there are “not so many”.

Governors of the EU have been criticised by the Pussy Riot activists. Band member Alechina said about the current situation that “The EU is a big lie. The politicians talk about the need for a consensus and the fear of a cold winter. The baltic states, for example, have cancelled the Schengen visa without any support for Russian citizens, apparently this is possible. And anyone that longs for an apartment a little colder should take a look at Ukraine, where many people are homeless”.

Now in Russian, “everyone is conspiring” said Alechina. “The government, the church, religion have all become a political instrument”. She warns that “they don’t believe that Putin will stop in Ukraine. If you let Putin, he will go to Berlin. There are enough plans for a new Great Russian Empire. Do you want to risk it?”

Thank you for taking the time to read this article: Do remember to come back and check The Euro Weekly News website for all your up-to-date local and international news stories. Remember, you can also follow us on Facebook and Instagram.