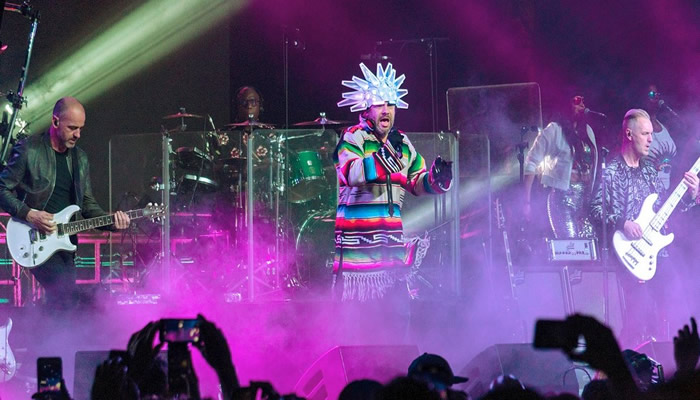 Jamiroquai and Muse to perform this September in Malaga. Image: wikipedia - Creative Commons 2.0

Malaga City Council will have three stages and a Ferris wheel set up in Cortijo de Torres for the first-ever Andalucia Big Festival in September.

The Andalucia Big Festival has been moved from its original location at Sacaba Beach to a new location at Cortijo de Torres in Malaga. This is the area next to the motorway where the circus often sets up.

A digital visualisation of the proposed finished appearance of the venue has been released by Mad Cool, the music festival’s promotors. It shows three performance stages located at various points, complete with giant screens. There is also a corridor through which the artists can enter. Near the perimeter of the area can be seen a large Ferris wheel.

Malaga City Council is sponsoring this first-time event in the province which will take place over three days: September 8, 9, and 10.

As indicated through a statement that was published today, Thursday, August 25 – which included the digital map of the event – this was just an ‘appetiser’. More information will be released in due course. This will include naming a replacement for ‘Rage Against The machine’, who cancelled their appearance at the festival, along with their European tour, due to medical reasons.

The promotors have already assured that ticket money will be refunded to anybody who specifically only bought to watch that particular artist.

Already confirmed for the festival are: Muse, Jamiroquai, Biffy Clyro, the Stereophonics, Paolo Nutini, Los Planetas, 091, and Run The Jewels. “We are finalising details to close the poster and make it an unforgettable experience. Thank you very much for your patience and we hope to see you soon”, concluded the organisers, as reported by malagahoy.es.