BREAKING: Star of iconic American 1990s teen TV drama passes away at the age of 85 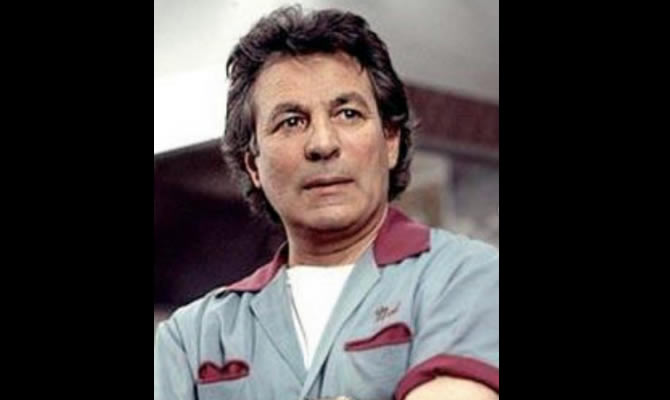 Joe E Tata, one of the stars of the iconic 1990s teen TV drama show Beverly Hills, 90210, has passed away aged 85, after battling Alzheimer’s.

Joe E Tata, the actor who played the character of Nat Bussichio in the iconic 1990s American teen-drama TV show Beverly Hills, 90210, passed away today, Thursday, August 25, at the age of 85. He had been battling Alzheimer’s disease for the last four years.

News of Tata’s death – the third from the show in a matter of months – was announced in a poignant post on Instagram by his longtime friend and co-star Ian Ziering. Two images of Joe accompanied Ian’s post, one of which showed the pair together on the show, and a more recent photo of them.

He continued: “Joey was truly an OG, I remember seeing him on the Rockford files with James Garner years before we worked together on 90210. He was often one of the background villains in the original Batman series”.

“One of the happiest people I’ve ever worked with, he was as generous with his wisdom as he was with his kindness. Though the peach pit was a 90210 set, it often felt like the backdrop to the Joe E Tata show”, Ian added.

“The stories of days gone by that he would share, incredible experiences in the entertainment industry that he was a part of would keep us all captivated. He may have been in the back of many scenes, but he was a leading force, especially to us guys, on how to appreciate the gift that 90210 was”, he explained.

“My smile dims today but basking in fond memories moves him from my eyes to my heart where he will always be. My sincere condolences go out to his family and friends, and everyone else he was dear to. Rest In peace Joey”, Ziering concluded.

Nat Bussichio, Joe’s character in the series was the owner of the Peach Pit diner. It was a reoccurring role that he played from 1990 until 2000, in the show that followed the lives of a group of friends in the Californian city as they transitioned from high school to college and into the adult world. Tata also reprised the part on the show’s 2019 spinoff.