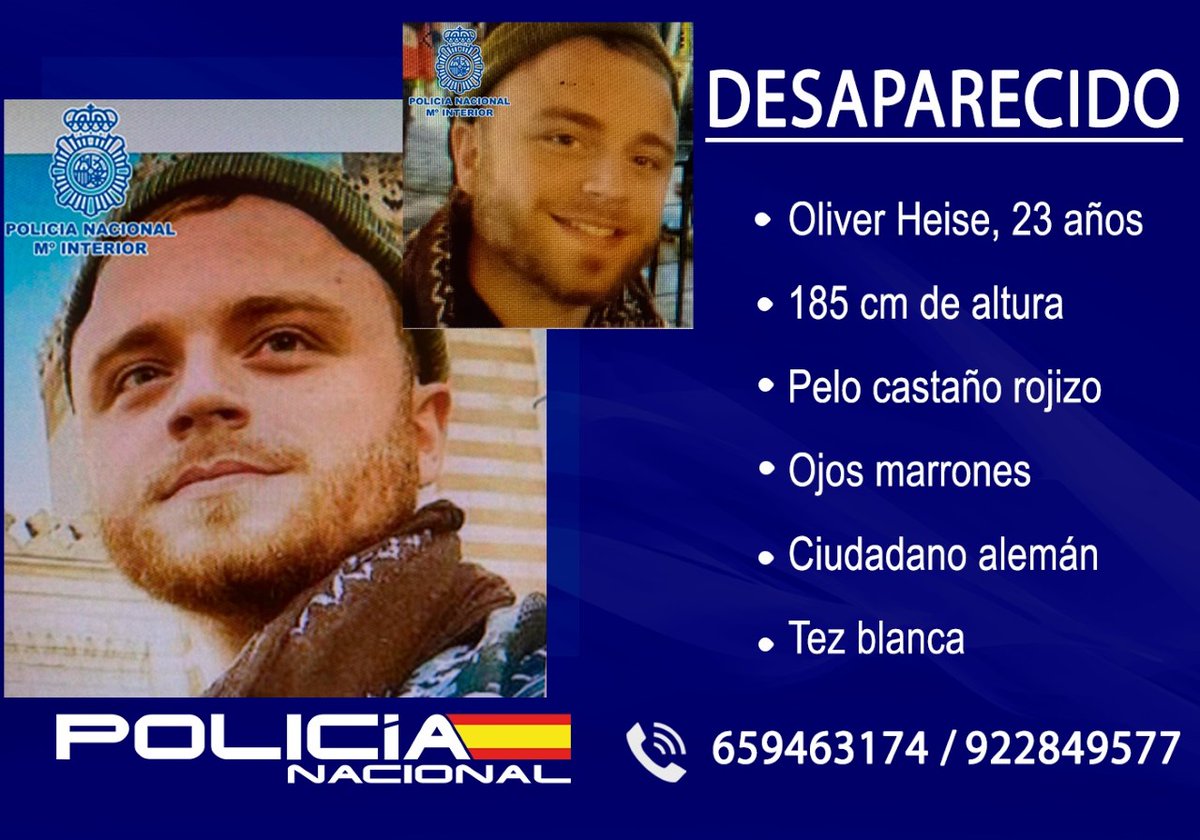 Spain’s National Police have urged the public to help find a missing person of German nationality who was last seen in Tenerife, Canary Islands, Spain, as reported on Thursday, August 25.

Taking to Twitter Spain’s National Police shared the information of the German national who went missing in Tenerife:

“Oliver is 23 years old and has disappeared in #Tenerife. He was last seen wearing a brown and white scarf, a red bum bag and black sunglasses.”

“Your RT costs nothing and can help to find him”

The Spanish National Police explained how to report a missing person, stating:

In those cases in which you know of the disappearance of a person, it is recommended, and it is important, that you take into account the following issues:

You do not need to wait 24 hours to report someone as missing. However, before filing a missing person’s report, and in order to establish the disappearance, make a first search at the address or place where the missing person was last seen.

This way, it can be ascertained that the person is not hiding, or may have fallen and been injured, or is missing due to other reasons, particularly in cases of underage and elderly people.

The missing person’s report must be filed at the police unit closest to the place where you had knowledge of the disappearance of a person.

Providing the following information about the missing person will help police investigators in their assessment and search:

A recent photograph. Details of the health and medical conditions of the missing person: If he or she suffers from a neurodegenerative disease, a chronic disease, or has any disability (psychic, physical, sensory, intellectual or mental), or lack of autonomy (advanced age, difficulty of displacement, physical impairments, medical problems, etc.).

If the missing person is following a medical treatment or is taking a prescription medication of vital importance.

The appeal for the missing German national follows news of Spanish National Police arresting a UK fugitive wanted for drug trafficking with a life sentence in the United Kingdom, in the town of Arona, Santa Cruz de Tenerife.