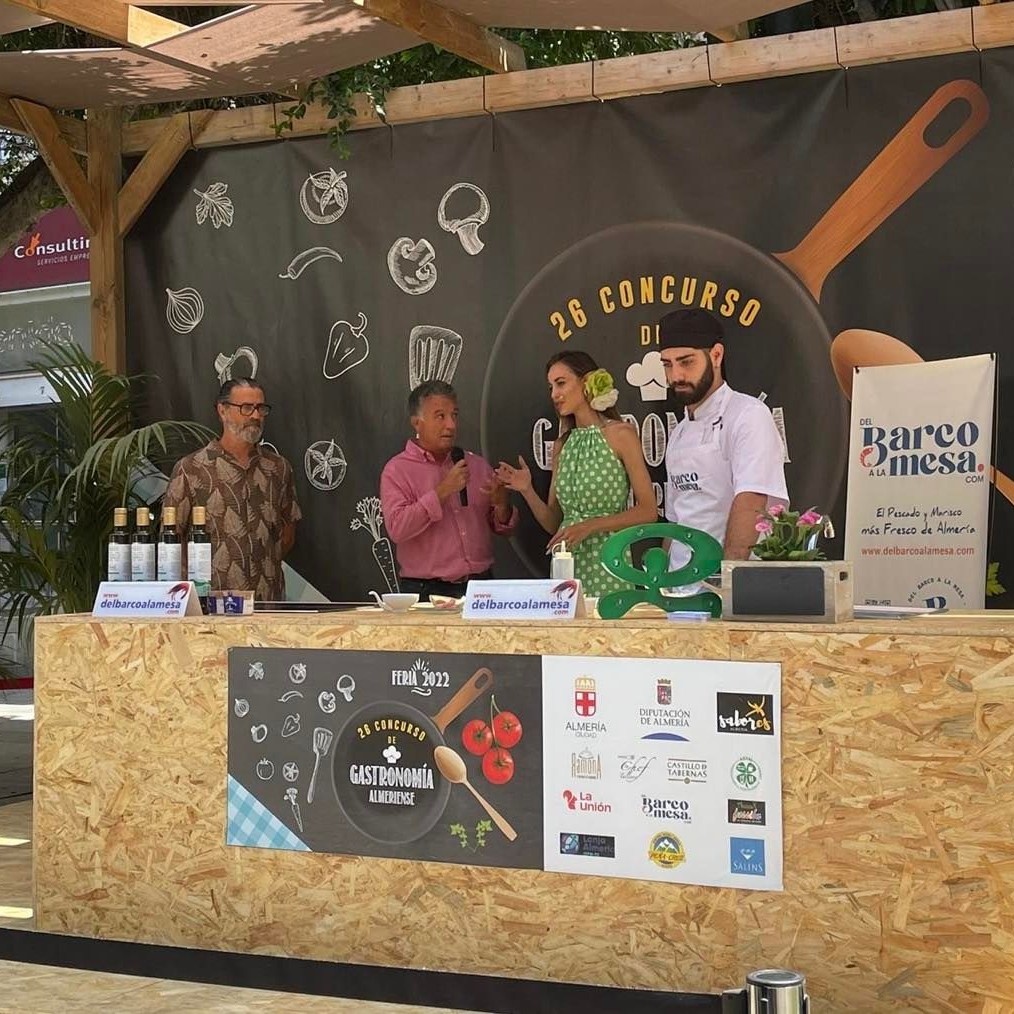 From early on the stoves in Paseo were on at full heat for the seven contestants developing their dishes to the highest quality possible for the Gastronomy Competition of La Feria, Almeria.

Taste, presentation and intricacy were some of the factors the participants were judged on. The youngest chef Virginia de Castro, together with their seafood noodles and their tapas of de-shelled prawns in mango sauce with basil, soared to the top of the competition and won 600 euros for his efforts.

All of the participants had to have a main dish, which for Castro was the seafood noodles, but, of course there was also room for a tapas selection designed by Castro. From the most traditional dishes to the more innovative experimentations, all of them passed by the palates of the judges, a panel made up of reputable chefs such as Enrique Sanchez, chef from the TV programme ‘Cometelo’.

The level of the recipes and skill in the chefs’ kitchens this year reach a new level. Maria Vazquez, the acting mayor, said “The Gastronomy Competition of Almeria is one of the hallmarks of La Feria and it is a pleasure after two years of absence to come back and prove the continued interest and excitement” around the festivities.

Aside from the young winner, there were also prizes for several of the other contestants. In second place was Esther Hakobyan, who won 300 euros for her tapas of ‘lemon pie’ with pomegranate crumb. The prizes for third and fourth place was 100 euros, which went to Mari Jose Escanez and Antonia Campoy, who cooked canapes with white garlic and peppers and prawns in garlic, chilli and olive oil, respectively.