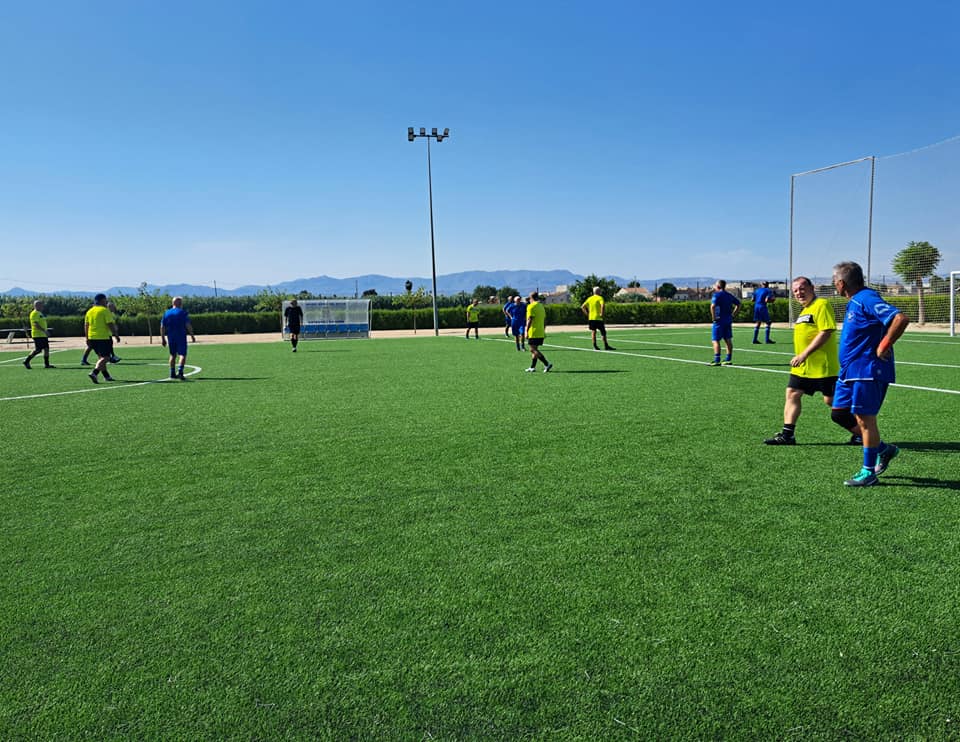 The seven competing teams are split into two groups. Two strong groups which should lead to some close exciting matches. Top two from Group A and the Group B winners will be joined in the semi-finals by the winners of a playoff between the 3rd team in Group A and 2nd team in Group B. The two semi-final winners go on to the Final.

Definitely, a tournament that should provide plenty of entertainment for spectators. Free Entry.

Last Tuesday (16th August) Hondon Valley Flyers hosted The Red Lions of Fortuna in a return friendly match. In the previous match two weeks ago The Lions had surprised Hondon with a great performance at home to win 5-2.

Flyers on this occasion took hold of the game in the early stages but hard work by the Lions, keeping their shape saw them take the lead. Lions missed an opportunity to go further ahead with a penalty but the miss proved costly as Hondon regained their concentration and some excellent play saw them equalise.

In a tight encounter, it was the Red Lions who went ahead again with a powerful drive giving them the lead. Hondon stepped up a gear and equalised to pull level again. With both sides looking for the winner as full time neared and the ref checking his watch it was Hondon who snatched the winner in the dying minutes with a cool finish. Hondon Valley Flyers 3 The Red Lions Fortuna 2.

As always the game was played in a sporting manner with after-match hospitality second to none.

A special mention to referee Barry who controlled the game firmly and fairly with excellent communication.

Esquina Park Rangers (photo above) from Quesada, Rosales who were previewed in last week’s edition of the Euro Weekly News are looking forward to playing competitive football in the coming season and have an experienced squad who have participated in tournaments on the Costa del Sol, Mallorca and Portugal where they won “The Plate”. They will be a team to be reckoned with.

With a new season approaching teams are looking to recruit more players (50 +, male, female) to add to their squads. If you just want a “kick about” (it`s walking football !!) or are keen enough to play in League or  Cup (it`s still walking football !!) go along and join in a session with your local club. Clubs have info on their Facebook pages or you can contact [email protected] for further info. “You`re Never Too Old!!!”

A new club looking to recruit new players is WFC Thader from the Rojales area. This is an ambitious club with a Committee and Team Manager who are keen to field over 50 and over 60 teams in the short term and ultimately play competitive football in the future.

They play their first friendly game on Monday 29th August.

Once again we say a BIG Thank You to the Euro Weekly News who give walking football this coverage and support. Make sure you get YOUR copy of the EWN!