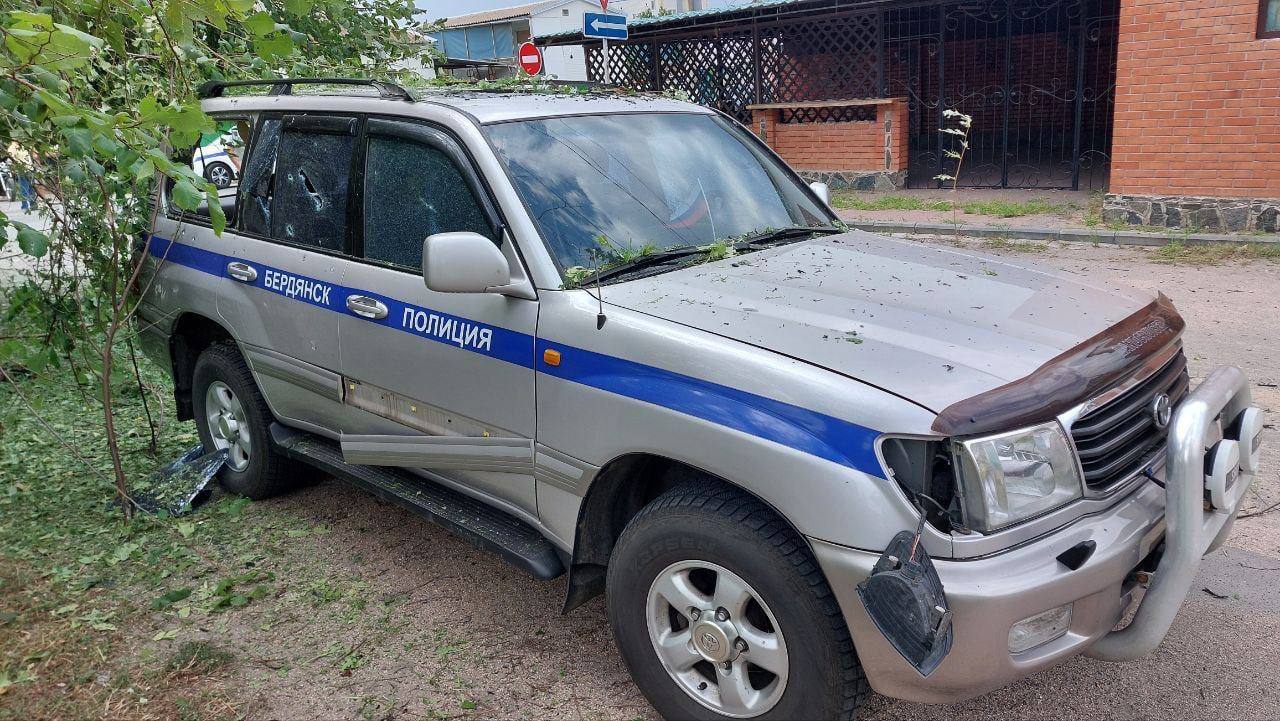 ALEXANDER KOLESNIKOV, the deputy chief of traffic police in the Russian-controlled Ukrainian city of Berdiansk, died in hospital of his wounds after being hit by shrapnel following a bomb blast on Friday, August 26.

Russia has accused Ukraine of launching a “terrorist attack” in Russian-occupied Berdiansk after Alexander Kolesnikov died in hospital following a bomb blast “near the Kryvorizhskyy Pitnyak recreational centre, where refugees from Mariupol live” that struck his Land Cruiser.

Kolesnikov was taken to a municipal clinical hospital with shrapnel wounds but died from his wounds.

The news outlet said that the explosive device was attached to a tree more than three metres high. “Thankfully, no one was in the nearby playground,” local government officials reportedly said.

“This was a terrorist attack. Its purpose was to make an attempt on the lives of civilians of Berdyansk and refugees from Mariupol.

“Because the criminals chose a socially dangerous way of killing, Aleksandr Kolesnikov died by accident.”

People on social media reacted to the death of Kolesnikov.

The advisor to Ukraine’s internal affairs, who recently commented on the Ukrainian missile attack in occupied Kherson, wrote on Friday, August 26, “in the temporarily occupied city of Berdyansk, traitor Aleksandr Kolosnikov, deputy head of the occupying traffic police, suffered an explosion.

“He died in hospital.

“Previously, traitors Sushka in Mikhailovka and Turuleva in Chornobaivka had already been blown up. Cars are not a very environmentally friendly mode of transport.”

Another said: “Just because of the ugly flag on the torpedo and the taped Ukrainian number plate, this car was already doomed.”