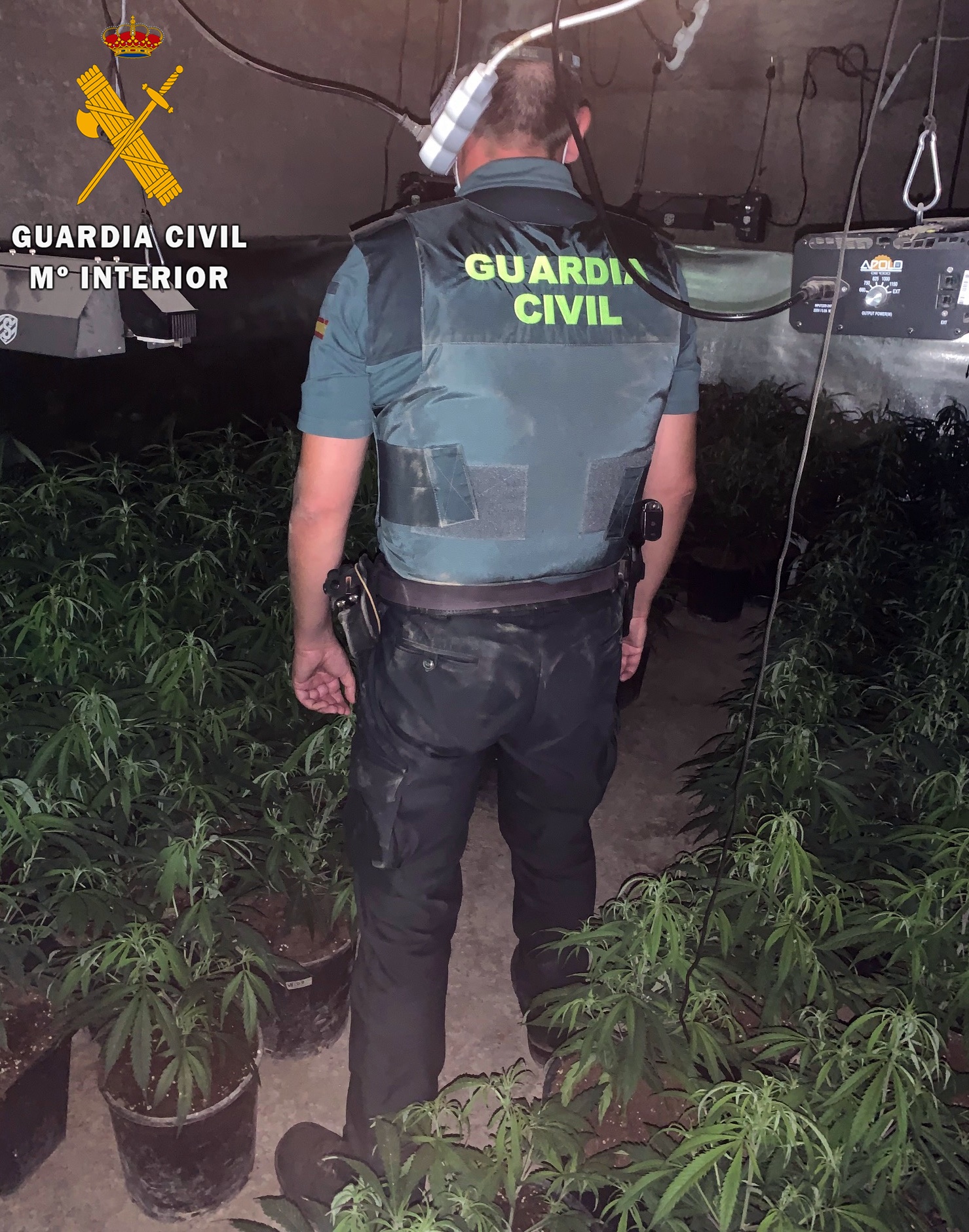 Spain’s Guardia Civil have arrested three people in Rioja, Almeria, for crimes against public health and electricity fraud, as reported on Friday, August 26.

In a recent operation carried out by personnel of the Guardia Civil of Almeria, three people were arrested as perpetrators of crimes against public health and fraud of electricity for growing marijuana (Cannabis Sativa) in the homes where they live in the Barriada El Marraque de Rioja, Almeria.

The operation is a part of the ongoing work carried out by the Guardia Civil in the fight against trafficking, cultivation and/or processing of narcotic substances, as well as the neutralisation of illegal connections to the electricity supply network in the province of Almeria.

The Guardia Civil organised different discreet operations around these dwellings, with positive results, as they noticed the strong and characteristic smell of marihuana crops and the incessant noise of the a/c and ventilation equipment.
In addition, in collaboration with Endesa technicians, they verified illegal connections to the electricity network.
The Guardia Civil personnel in charge of the investigation carried out an operation to carry out the corresponding inspections of five houses in the neighbourhood, where 609 marijuana plants (Cannabis Sativa), 65 light bulb holders with bulbs and ballasts, 10 air conditioning units, eight fans and three air filters were seized, and 16 illegal connections to the electricity network were neutralised with the support of Endesa technicians.
The operation remains open and further arrests have not been ruled out.
The Almeria Civil Guard Command warns of the risks of fire and power cuts, derived from illegal connections to the supply network, which endanger and cause nuisance to the neighbours in the area.
The proceedings, together with the detainees and the material seized, are placed at the disposal of the Juzgado de Instrucción No. 2 del Partido Judicial de Almería.
The news follows reports of the Spanish National Police arresting three people for smuggling hashish in the Port of Tarifa, as reported on Thursday, August 25.