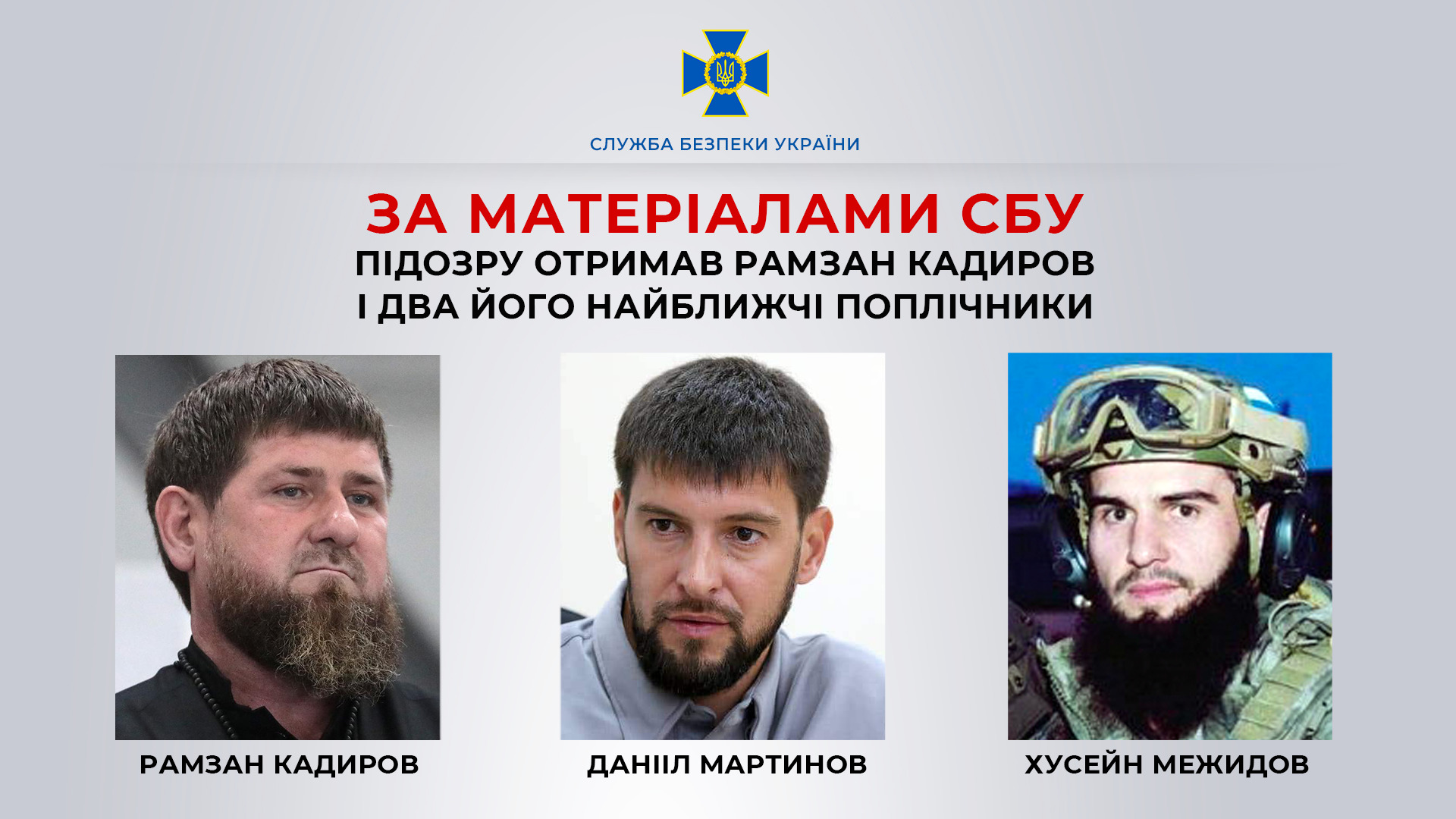 UKRAINE’S Security Service (SBU) has announced that it suspects Chechen leader Ramzan Kadyrov, alongside two of his close associates, of war crimes in Ukraine.

“The Security Service of Ukraine has collected indisputable evidence of war crimes against Ramzan Kadyrov, head of the Chechen Republic of Russia and two of his closest accomplices, Daniil Martynov and Hussein Mezhidov,” the SBU said on Friday, August 26.

The SBU noted that in February-March of this year, Kadyrov “personally managed the development and planning of individual military operations of these units, gave orders, listened to reports and reports of their leaders.”

“Daniil Martynov was a special agent of the FSB in the past. And now he is responsible for the preparation of Kadyrov’s personal security after he refused the protection of the FSB,” the Security Service said.

“On March 5, Martynov personally directed the seizure of the Borodyansk psychoneurological boarding school with a geriatric department. On his orders, almost 500 people (dispensary patients, staff and local residents) were taken hostage, including more than a hundred bedridden patients.

“While the approaches to the building were mined, and the boarding school itself was turned into a firing position for the occupiers.”

Huseyn Mezhidov is believed to have authorised the illegally hostage-taking of “almost two hundred residents of Gostomel” who were “held in the basements of high-rise buildings.”

Ukraine’s SBU added: “Among the victims were women, elderly people and minor children. Those prisoners who, unable to withstand the inhuman conditions of detention (dampness, cold, lack of water, food, and medicine), died, were “buried” right there, near the house.”

In response to the accusations, Russia’s Chechen leader, who recently mocked NATO’s transgender members, asked the SBU “to determine the place where he needs to appear.”

“We will be happy to come and figure out who is the criminal, who is the killer, who is the terrorist,” he said on his Telegram channel.

On Sunday, August 21, the Security Service of Ukraine (SBU) suffered a major loss when the Head of Ukraine’s SBU in the Kirovohrad region, Alexander Nakonechny, was found dead at his home following a gunshot wound.