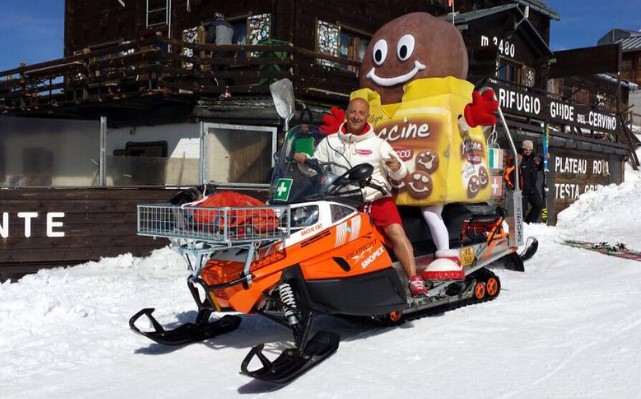 Alberto Balocco, the heir to the famous Italian confectionery empire has died from a suspected lightning strike while cycling in the alpine mountains.

As reported by the Italian media on Friday, August 26, Alberto Balocco, president and CEO of the well-known Italian sweets company Balocco, died while cycling in the mountains of the Alta Val Chisone, above the city of Turin in Italy.

Balocco’s friend, the 55-year-old Davide Vigo also died in the same alpine area of ​​Pragelato. The initial hypothesis of the authorities investigating the incident is that they were both victims of a lightning strike.

According to the media, a motorist found the bodies at around 2pm local time and called the medical emergency services. Ground teams of the Alpine Rescue and the Carabinieri were immediately deployed.

Despite negative weather conditions, the air ambulance managed to disembark the team that started cardiocirculatory resuscitation manoeuvres on the unconscious men until it was only possible to ascertain the death of the two cyclists. It is thought both men were riding electric bicycles at the time of their death.

Balocco is a family-run business founded by his grandfather, Francesco Antonio, in 1927, to which 53-year-old Alberto was heir. It manufactures the famous panettone, cookies and pasta, and currently has a workforce of almost 500 people. In 2021 it had an estimated turnover of €200 million.

Dario Tallone, the mayor of Fossano, where the Balocco factory is located, described Alberto as, “a great businessman, like his father”. Adding to the tributes was Alberto Cirio, the president of the region from Piedmont. He called Balocco a businessman who “was a symbol for the area and who brought the tradition of the region to all the houses of Italians”, as reported by torino.repubblica.it.