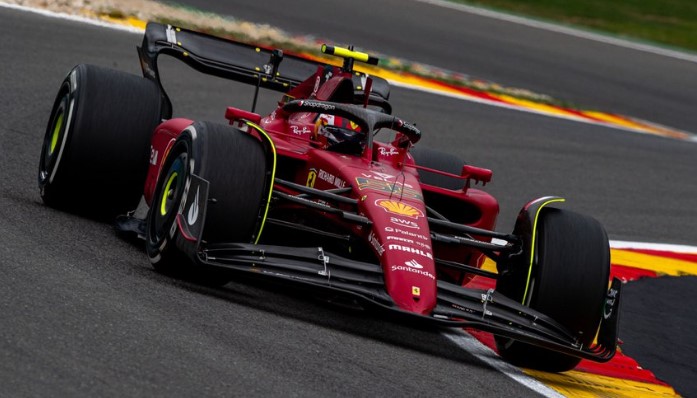 Ferrari will start in pole position in the Belgian Grand Prix courtesy of Spain’s Carlos Sainz.

Spain’s F1 driver Carlos Sainz will start from pole position tomorrow, Sunday, August 28, in the Belgian Grand Prix. Max Verstappen had been the fastest in Q3, leading by 0.632 seconds but he picked up a grid penalty for using too many engine parts on his Red Bull. The Dutch world champion will start from 15th place at the back of the field on Sunday.

Sainz made a superb drive in Ferrari, pipping Red Bull’s Sergio Perez by just 0.165 seconds to take the vacated first spot on the grid. Perez will be alongside him in second.

“I’m happy to be starting on pole. Obviously not so happy to see the gap to Max this weekend. But to start from pole is a good start and we will try to win from there tomorrow”, said Sainz after the session.

A series of grid penalties saw Charles LeClerc and Esteban Ocon also demoted to the back of tomorrow’s lineup at the legendary Spa-Francorchamps race circuit. The Frenchman will start from 16th after he had originally driven his Ferrari to third in the qualifying session, with Ocon placing his Alpine just behind him in fourth, now demoted to 17th.

Another excellent session from former world champion Fernando Alonso placed him third on the grid in the Alpine. The two British drivers, Lewis Hamilton and George Russell will start their McLarens from fourth and fifth respectively.

Carlos Sainz will start Sunday's race from the front of the grid 👏#BelgianGP #F1 pic.twitter.com/zerCGecx01