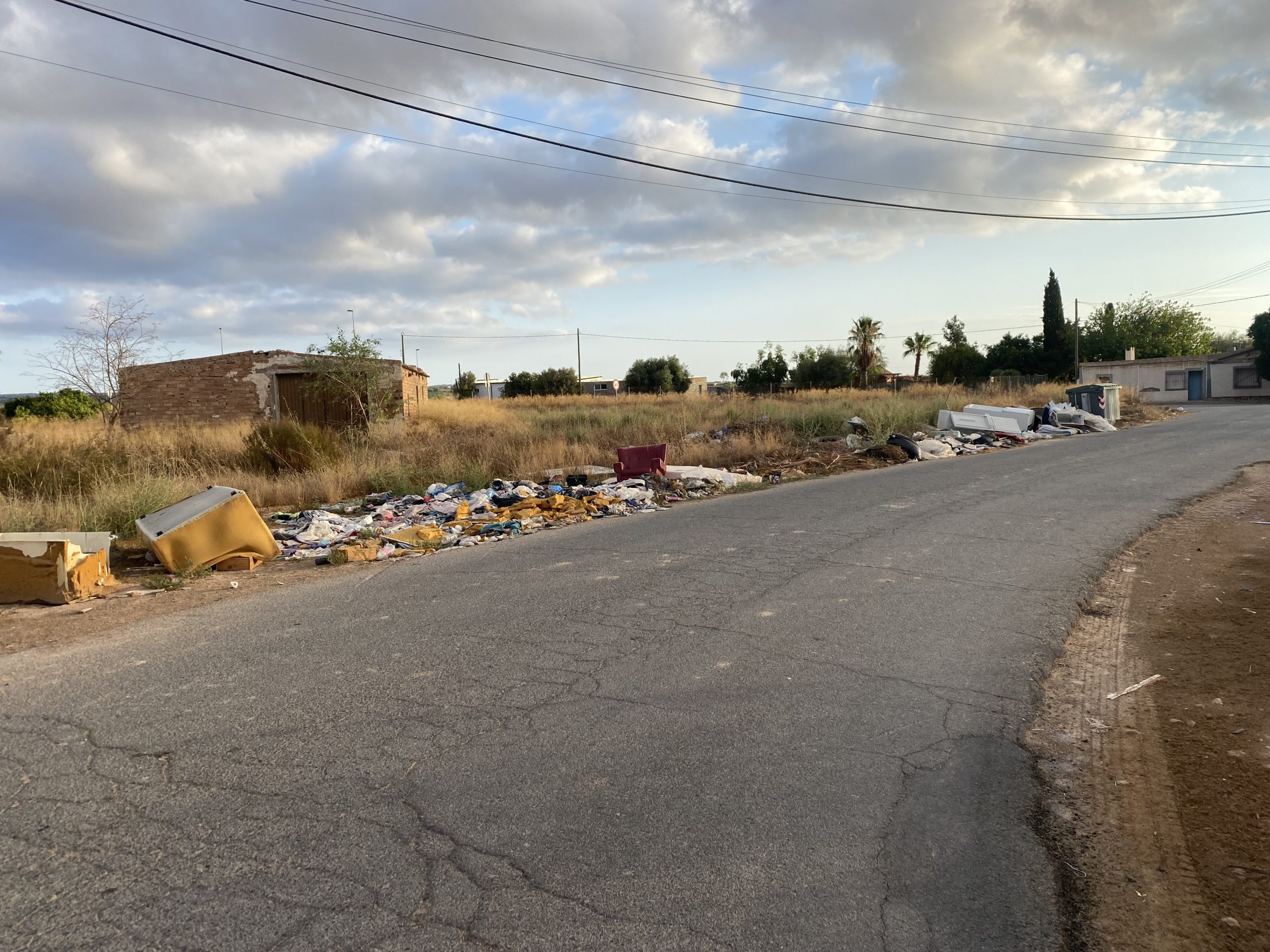 NEIL COTTON lives in Avileses, a sub-district of Murcia City that is 10 kilometres distant from San Javier.

He recently contacted the Euro Weekly News, telling us about a rubbish-collection problem that residents have increasingly complained about about in recent months.

“Some years ago, a builder started a weekly open-air flea market on a plot of land that he owns,” Neil told us.  “Presumably, since it is unbuilt, he at least has some kind of income from it.”

Unfortunately, from the outset, Aviles residents have had to put up with an accumulation of rubbish each time the market is held.

“Stallholders who can’t sell their items seem to dump everything at the bins,” Neil said. “Why they can’t put extra bins at the site is beyond me.”

The situation has deteriorated over the last six months and all efforts to contact Murcia city hall have failed, he explained.

Neil is president of the local Residents’ Association and both he and his neighbours have repeatedly used city hall’s Linea Verde app to report the situation.

“Local residents and I have been using it for the past six months,” he said.  “It’s a complete waste of time, as the answer to every single message and photo that we send is a thumbs-down.”

The rubbish is a health hazard, Neil told us – rats have been seen at the market site – but also a traffic hazard.

“The bins are located on a curve and local drivers must often swerve when there is rubbish on the road,” he said.

“We have asked Avileses’ town hall to intervene but ‘tell Murcia’ is their only response.”

That, of course, is the next step and the Euro Weekly News intends find out if we have more luck than Neil and his neighbours.