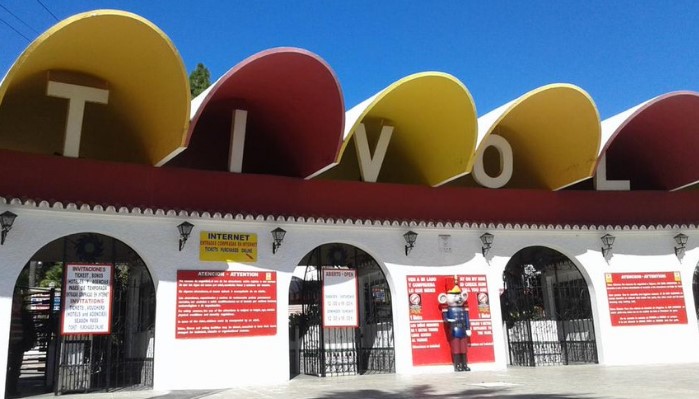 Three individuals arrested on suspicion of attempted theft after breaking into the Tivoli World amusement park in the Malaga town of Benalmadena.

Three individuals were arrested during the early hours of Friday, August 26, for allegedly attempting to steal items from the Tivoli World amusement park in the Malaga town of Benalmadena. They had illegally sneaked into the facilities but were discovered by a night watchman at around 1.45am.

Police patrols were promptly on the scene, and the three – aged 46, 42, and 40 – were detained. The officers quickly verified that three doors had been forced open. This was presumably carried out by the three detainees who were caught in possession of tools, and wearing caps and gloves, clearly in an effort to avoid being identified.

Juan Ramon Delgado, president of the Salvemos Tívoli platform, explained to Malaga Hoy that this is not the first robbery suffered by the amusement park since it closed its doors almost two years ago. Many people have sneaked into the facilities to remove some materials he revealed.

“The attractions are still there, many metres of electric cable, as well as machinery in the bars and ice cream parlours”, he pointed out. “Above all, they are looking for aluminium and copper”, Delgado added.

This is the second summer that Tivoli World – the largest amusement park on the Costa del Sol – remains closed due to legal litigation and a debt of €11.2 million that is owed.

A legal case began in 2007 due to its sale and subsequent possession, which lasted for 14 years. It was finally resolved by the Supreme Court (TS) in September 2021 with the inadmissibility of an appeal filed by the former owner company, the Compañia  Internacional de Parques y Atracciones SA (CIPASA), granting the right to the buyer, the Tremon real estate group.

This resolution of the judicial conflict between both companies has not translated into an improvement in the situation of the park, which is still pending the creditors’ contest requested by Tremon.

The bankruptcy administrator requested the facilities to cease trading, but a total of 87 workers are desperate and have asked for the park to reopen its doors, with them as surrogates. This now depends on the decision of Malaga’s Commercial Court No1, which must decide whether or not to terminate the labour contracts that are currently in force.

“We haven’t been paid for 10 months, but we can’t work on anything else either because we’ve been discharged”, says Delgado, who confesses that many workers are turning to their families for help because “the situation is unsustainable”.

In September it will be two years since Tivoli World closed its doors and the park workers have not stopped attending the park from Monday to Friday each week. They take care of the maintenance and care of the facilities.

“Despite the fact that we have no income, we do what we can to the best of our ability”, said the committee’s president. On weekends, and during the nights, other colleagues are in charge of guarding the premises.