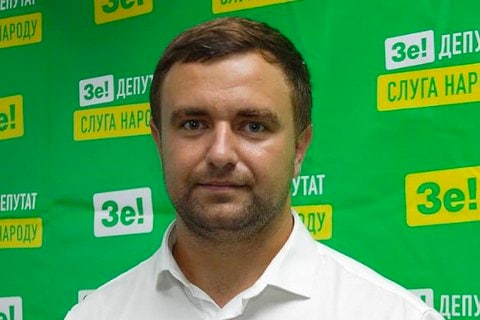 THE wife of Aleksei Kovalev, a former Deputy Head of occupied Kherson, has now died from her injuries, according to reports from Ukraine.

UPDATE 1 pm (August 29) – The wife of Aleksei (Oleksiy) Kovalev (Kovalyov), who was killed in the Kherson region at his home on Sunday, August 28, has died from her injuries after she was reportedly stabbed during the assassination of the 33-year-old.

Reports earlier on August 29 suggested that she was in intensive care as a result of being stabbed in the neck during the attack on her husband.

Adviser to the head of the Kherson regional military administration, Sergei Khlan, said that she died from a wound inflicted by a shiv.

“This morning, Alexei Kovalev’s girlfriend died in the intensive care unit after being wounded with a shiv.”

He joked that Russian media outlets have reported that “he stabbed her and she shot him” but alleges that this is not the case.

Khlan said he was uncertain whether rumours that the ex-Ukrainian MP was killed as a result of an internal squabble over grain deals were true, but that “we are satisfied with the result.”

UPDATE 11 am (August 29) – More information emerged on Monday, August 29 regarding Aleksei Kovalev, a former Deputy Head of occupied-Kherson, who was found dead at his home on Sunday, August 28.

Reports on Monday, August 29 confirm that Aleksei (Oleksiy) Kovalev (Kovalyov) was killed in the Kherson region.

As reported on Sunday, August 28, by Russian media before being deleted, Aleksei (Oleksiy) Kovalev (Kovalyov) was killed in the Iron Port.

However, new information has since emerged, although some details differ.

Some media outlets such as BAZA are reporting that the 33-year-old died after receiving a gunshot to the head while Ukrainian journalist Andrei Tsaplienko, citing sources, said that Kovalev (Kovalyov) was stabbed in the neck in his own home.

According to reports from Russia, the man who served as deputy head of agriculture in the occupied-Kherson government was found by his mother at around 3 pm.

Alongside the attack on the ex-Ukrainian MP, an unknown assailant also is also believed to have stabbed his 38-year-old wife in the neck, who is now allegedly in intensive care following the attack.

Earlier this year, it was reported that he had previously been the target of an attempted assassination attempt.

ORIGINAL 11.12 pm (August 28) – Reports coming out of Ukraine on Sunday, August 28, suggest that ex-Ukrainian MP Aleksei (Oleksiy) Kovalev, who served as Deputy Head of Russian-occupied Kherson before being dismissed for alleged treason, has reportedly been killed.

Adviser to the head of the Kherson regional military administration, Sergei Khlan, said that Aleksei (Oleksiy) Kovalev had been gunned down while in Kherson on Sunday, August 28, as reported by Interfax.

“There is information that ex-People’s Deputy traitor Alexei Kovalev was killed in the Iron Port. The data needs to be clarified,” Khlan wrote on Facebook.

According to Khlan, the information was first reported by Russian media outlets before being deleted.

Kovalev remained in the occupied-Kherson region and openly agreed to cooperate with the occupation authorities and took the post of “deputy head of the government of the Kherson region for agriculture.”

The announcement of Kovalev’s death followed similar news reported earlier this year that he was involved in an alleged car bombing incident, which he survived.

The unconfirmed reports began spreading like wildfire on social media.

“Pro-Russian channels reported that traitor MP Oleksiy Kovalyov was killed in Kherson The post was later deleted. It is now reported that there are many Rashists, police and military near the former People’s Servant MP’s house in Hola Prystan. We await confirmation of the information,” one account on Twitter wrote.

While another person said: “Kherson regional councillor Serhiy Khlan said that Oleksiy Kovalyov, who had defected to the occupiers, had just tragically died of a lead overdose in his system.”

To which someone replied: “Someone should be held responsible for this. Volodymyr Liaksandrovych’s friend, a representative of the authorities, a member of the people’s service, was killed, and he wanted to be punished together with Mohyliv and Lisim. There was no order from the great one, who took the armour and killed without a trial.”

Dmitry Litovkin died in Moscow at the age of 51, according to Nezavisimaya Gazeta, where he served as editor-in-chief of the Independent Military Review.

The Russian news outlet wrote: “Dmitry Litovkin suddenly became ill and had to be placed into an artificial medical coma but he sadly died.”