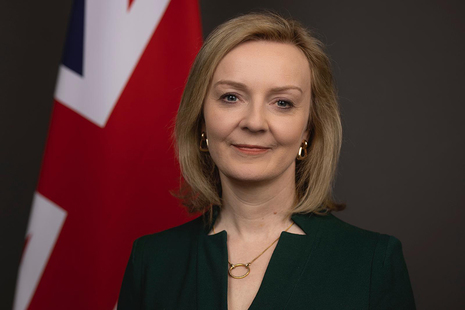 According to online reports from the BNN Newsroom today, Monday, August 29, UK Foreign Secretary Liz Truss has voiced her intention to declare China as an official threat to British security should she win the race to become Prime Minister.

JUST IN: UK Foreign Secretary @trussliz Liz Truss is planning to declare #China an official threat to #UK national security if she wins the Conservative leadership race, according to reports. pic.twitter.com/l7Ah2nu3Iy

The British politician has been taking a tough stance against China in recent months over the escalating tensions with Taiwan. She recently summoned the Chinese ambassador to engage in crisis talks and discuss Beijing’s ‘aggressive and wide-ranging escalation’, particularly in the Taiwan Strait.

In response to her remarks, Zhao Lijian, the Chinese foreign ministry spokesman, told reporters in Beijing that Ms Truss’s words were: “irresponsible talk, and it will not solve Britain’s own problems”.

Beijing considers the Taiwan Strait – which is a 110-mile (180km) stretch of water separating China and Taiwan – to be a part of its ‘internal waters’, while claiming sovereignty over the island of Taiwan. This is despite China’s ruling Communist Party never having controlled the island.

Tensions in the region increased significantly yesterday, Sunday, August 28, when the US 7th Fleet sailed two cruisers into the Strait on an ‘exercise’. China immediately placed its defence units on ‘high alert.

He continued: “The PLA Eastern Combat Command Zone escorted the US cruisers, and exercised full control over their activities. Command units are on high alert to stop any provocations in a timely manner”.