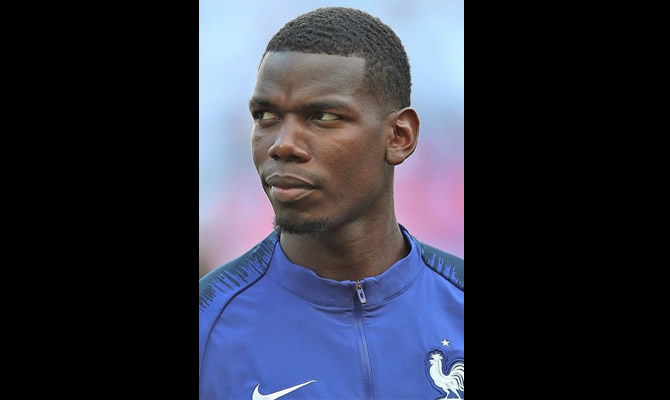 In a bizarre video posted on social media by the older brother of French football star Paul Pogba, he threatens to reveal ‘explosive details’ about his sibling.

Mathias Pogba, the elder brother of French footballing superstar Paul Pogba, has made a bizarre threat against him today, Sunday, August 28, via social media. He claimed to have to be in possession of ‘explosive information’ that if revealed, could affect popularity around the world.

Football agent Rafaela Pimenta was also targeted in the video posted by Mathias, and he even included Kylian Mbappe.

“The French, English, Italian, and Spanish public, in other words, the whole world, as well as my brother’s fans, and even more so the French team and Juventus, my brother’s team-mates and his sponsors deserve to know certain things”, ranted the older brother.

He continued: “If he deserves his place in the French team and the honour of playing in the World Cup. If he deserves to be a starter at Juventus. If he is a trustworthy person, that any player deserves to have at his side”.

After the death of Mino Raiola earlier this year, Pimenta took over as Paul Pogba’s agent. In his video, Mathias questioned her ‘integrity, her professionalism… her loyalty’, while asking if she deserves to take over Raiola’s clientelle.

#UPDATE: WATCH – Video of Mathias Pogba, Paul Pogba's brother, promising to reveal 'explosive' information about his sibling in a video published on Twitter, shortly after joining the platform pic.twitter.com/DVVxyK8cVy

Paris St-Germain and France international Kylian Mbappe was included in Pogba’s strange video post. “I will tell you very important things about him and there will be elements and many testimonies to confirm my words. Everything could be explosive and make a lot of noise”, he said of the young superstar.

In response to his outburst, Yeo Moriba, Paul’s mother and lawyer, along with Pimienta, launched their own attack: “Mathias Pogba’s recent statements on social networks are unfortunately not a surprise. They are in addition to threats and organised extortion attempts by an organised gang against Paul Pogba”, they revealed.

Their reply ended: “The competent bodies in Italy and France were informed a month ago, and there will be no further comments in relation to the ongoing investigation”.

According to the AFP news agency, an investigation has been initiated by the French police into Paul Pogba’s extortion claims. Large amounts of money have allegedly been demanded from the player.

Paul’s older brother has had spells with Wrexham, Crewe and Crawley Town, and after leaving the fourth-tier French side Belfort eight months ago, is currently without a club. “We made a bad choice in signing Mathias Pogba. You could say he was the wrong man for the job”, commented Jean-Paul Simon, the president of Belfort, as reported by dailymail.co.uk.