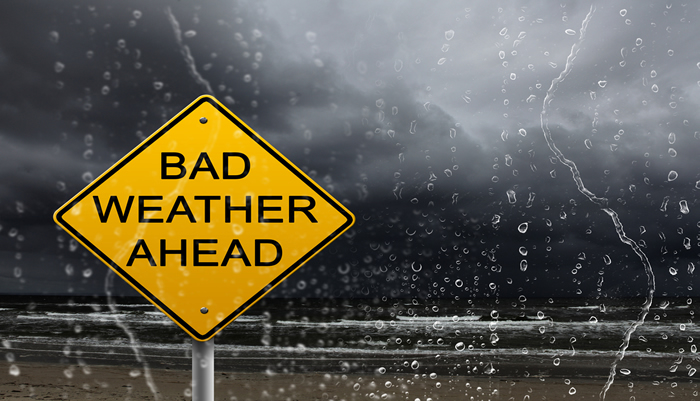 Widespread rain is expected to hit Spain by the weekend due to a storm that is approaching from Greenland.

According to Samuel Biener, the weather expert at Meteored (tiempo.com), widespread rain will affect Spain by the end of this week. This change in the weather for September will be caused by a large storm that is heading towards the country from Greenland he reported today, Monday, August 29.

Temperatures will continue to drop tomorrow, Tuesday, August 30, in northern parts of the country, but the rest of Spain will still experience the heat. In areas of the Guadalquivir valley, the Valencian Community, the region of Murcia Region, and the Ebro valley, the mercury could reach 40 ºC.

Minimums will be high on the Mediterranean coasts and the haze will continue in the south and the Balearic Islands. However, rainfall will also reach the interior of the southeast, affecting various points in the eastern half, and the south and the Pyrenees. Rain is expected in the Canary Islands, especially in the more mountainous parts.

Wednesday morning will see rain in the Gulf of Valencia, the Balearic Islands, the Cantabrian coast, Galicia, and in other eastern areas of the country. During the afternoon, storms will develop in the northeast and in the Pyrenees, possibly even becoming intense.

The central and western Canary Islands can expect heavy rainfall. Another notable aspect of the day will be the drop in temperature, practically generalised throughout the country, except in the Canary archipelago.

September will begin with an increase in cloud cover and a drop in temperatures, except in the southwest, where some parts will exceed 35ºC. Showers are expected on the Mediterranean and Cantabrian coasts, as well as in Galicia. Heavier showers could affect mainly the northeastern regions of Spain.

The northeast of the country will experience continued storms and rainfall, with the possibility of some very adverse weather phenomena.

By the weekend, there could be a big change in the weather as a result of the storm entering from polar latitudes. It is expected to enter Spain through the northwestern coastline, bringing several bands of very heavy rain with it.

This storm should spread into the rest of the country by Sunday, September 4, with rain falling in most regions. Sadly, the volume will not be enough to relieve the drought conditions said the expert. The storm is not expected to be long-lasting although a more active atmosphere is predicted for September, which leads to more variable weather.