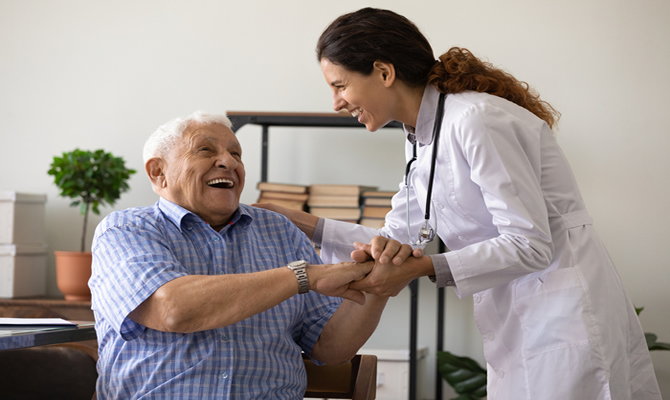 Image of a nurse with a patient. Credit: fizkes/Shutterstock.com

Malaga has the lowest ratio of nurses to patients in the whole of Spain according to data from the Malaga College of Nursing.

According to data provided today, Monday, August 29, by the Malaga College of Nursing, Malaga has the lowest ratio of nurses per inhabitant in all of Spain. Andalucia is just one place above in the penultimate position.

The European nurse-patient ratio per 1,000 inhabitants is 8.18. In Spain, it stands at 5.05, in Andalucia at 4.1, and in Malaga, it is 3.2. As these figures show, Spain, in general, is well below the European average, while Malaga, along with Granada, have a ratio that is under 50 per cent of the national ratio.

Faced with this deficit, the Andalucian Council of Nursing Colleges (CAE) already warned in mid-June that the region is “far behind what the quality standards of the World Organization of Health (WHO), which plays to the detriment of the health of Andalucian citizens”.

Due to this shortage of professionals, the summer vacations of many nurses, and the throes of the pandemic, everyone who has finished their degree this year has a job. Fewer than 200 students made this transition; about 140 from the Faculty of Health Sciences of the University of Malaga, and almost 60 from the Escuela de Ronda.

Those hired prior to this batch of graduates – the ones who obtained the so-called Covid contracts – have their employment relationship renewed with the Andalucian Health Service (SAS) until the end of the year. That is why Carrasco insists that it is ‘a precarious full employment’, characterised by ‘instability’, since some end their contracts on September 30, and others on December 31.

He emphasised that: “Precariousness means a reduction in quality of care”, but explained that with short contracts in which the worker changes centre, service, and function, “we will never have experienced professionals”.

For this reason, Carrasco demanded that the deficit be covered so that the ratios are close to the European average and that the precariousness and lack of stability be ended.

Following the 2008 crisis, many nurses left for the UK. Now, due to Brexit, the exodus is towards other regions of Spain. “Competition between autonomous communities is a reality”, he assured. In the Basque Country, Catalonia and Navarra, for example, the contracts are longer and with better remuneration he assured.

“That’s why the professionals leave”, he said, adding: “Professionals must be treated as professionals, not as cheap labour”. Finally, he specified that the hour of continuous care – the extra extension of the day – is paid at about €10. Therefore, he concluded: “An unskilled worker earns more”, as reported by malaghoy.es.