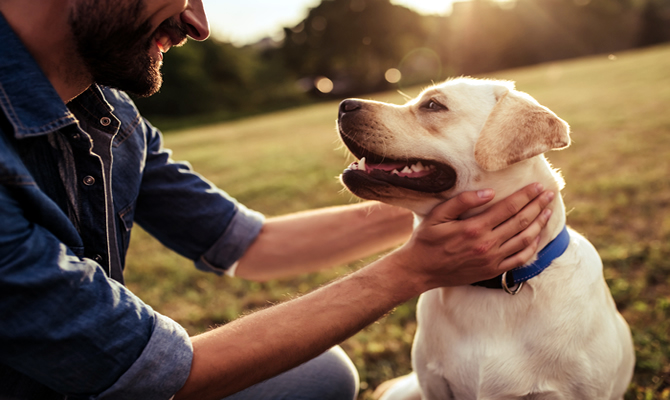 Image of a man with a dog. Credit: 4 PM production/Shutterstock.com

A Malaga man was saved by the clever work of his pet dog after he fell down a 10-metre sinkhole in the municipality of Rincon de la Victoria.

As reported on Monday, August 29, Joaquin Gallardo, a young Malaga man had a lucky escape thanks to his loyal dog and companion, Tanka. While out walking his pet in the municipality of Rincon de la Victoria, Joaquin fell down a sinkhole.

According to Joachin, he was on his mobile phone speaking with his mother when Tanka chased after a cat. As he pursued her, he suddenly disappeared down a hole in the ground that was around 10-metres deep. The well was full of water that reached almost to his neck, and his mobile was lost and submerged during the fall.

After around six hours in the water, and on the verge of giving up all hope, rescue arrived. The pet owner admitted that he owns his life to Tanka because for the whole time that he was inside the hole, she never left him and kept barking continuously.

Eventually, alerted by Tanka’s non-stop barking, his rescuers arrived at the scene to see what the animal was making so much noise about and managed to extract the young man. Luckily, Joachin survived his escapade with just minor bruises and injuries to his limbs.

Tanka became Joachin’s pet after he found her abandoned in a field one year ago. He had been out walking with some friends when they heard a strange sound which on closer inspection turned out to be a barely 15-day-old puppy.

He took the neglected animal home, cared for her, and probably saved her life, and now, one year later, it appears Tanka has done the same for her owner, as reported by laopiniondemalaga.es.