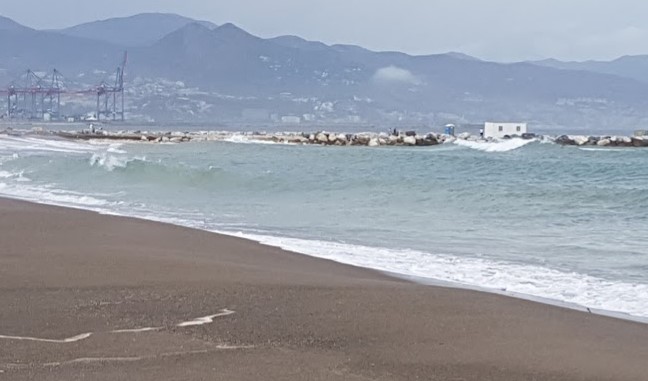 The presence of raw sewage in the sea once again at Malaga’s Sacaba Beach has led to the Council closing the area off.

Less than two months after the previous closure, Malaga City Council has once again today, August 30, shut the immediate surroundings of Sacaba Beach. This was carried out at the request of the Ministry of Health due to the discovery of high levels of faecal bacteria in microbiological analyses.

Yet another broken sewage pipe has resulted in the area from the Termica breakwater to the mouth of the Guadalhorce being closed off to bathers as a ‘preventive health measure’. It will remain shut said the Council until the cause is rectified, and studies indicate that the water is suitable for bathing again.

Emasa, the municipal water company, claimed to have checked all points in the supply and sanitation network where a spill could have occurred. Their technicians reported that: “no deficiency has been detected in the operation, nor any failure that could have caused any discharge into the sea”.

They reportedly insisted that the wastewater pumping stations and spillways are working properly, so that, at the moment, the cause of this latest situation is unknown.

At around 7pm on July 4, another pipe in the Sacaba area suffered a break, resulting in the surrounding area being flooded with raw sewage. This accident, which occurred as a result of works being carried out in the area, affected access to Sacaba Beach and traffic.

“In a matter of 12 minutes, many cars were already flooded with water. Many have become unusable”, Fernando Rueda, the president of the area’s neighbourhood association told malagahoy.es at the time.

On this occasion, Malaga Council also decided to close the beach at the request of the Ministry of Health. The red flag remained in place for six days until the results of the water analysis showed a favorable result.