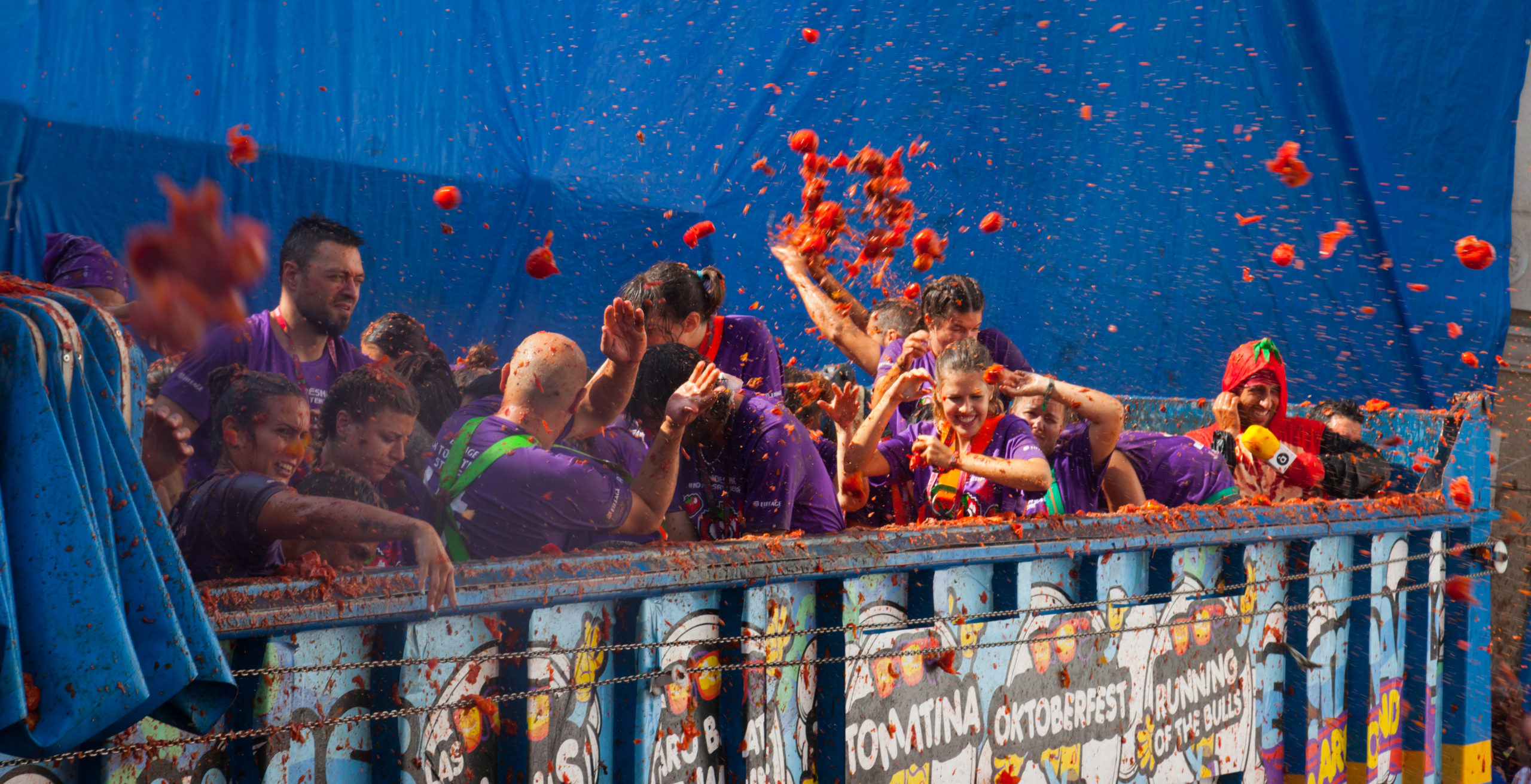 La Tomatina festival is gearing up to take place in the town of Buñol, Valencia, Spain, on Wednesday, August 31.

According to Spain’s La Tomatina festival’s official website, the festival traces its roots back to the last Wednesday of August 1945, when a group of young people who were in the town square to watch the parade of giants and big-heads and other events of the town festival, bored with the way the parade was going, decided to barge into the parade procession.

The intervention of the young people caused the fall of a participant who, in a fit of rage, began to hit everything in his path.

By a quirk of fate, there was a vegetable stall which became the target of the euphoric crowd.

The people gathered there started throwing tomatoes at each other until the forces of law and order put an end to the vegetable battle.

The following year, the young people repeated the altercation voluntarily and carried the tomatoes from their house and so on through the years.

Although the police broke up the battle each time this recent tradition was repeated, the young people of Buñol did not give up; and so without knowing it, they had made history.

La Tomatina was banned in the early 1950s, but this in no way deterred its participants, who were even arrested.

In fact, in 1957 the festival was cancelled and this led to the celebration of the “burial of the tomato”, a demonstration in which the locals carried a coffin with a tomato inside.

The parade was accompanied by a brass band playing funeral marches and was a great success. Popular pressure meant that the veto was lifted and the celebration was once again allowed to grow in participation.

The fiesta became popular in the rest of Spain thanks to a report by the journalist Javier Basilio, which was broadcast on the Spanish Television programme “Informe semanal” in 1983.

Since then, the number of participants and the enthusiasm for La Tomatina has grown year by year.

The influx of participants from all over the world and the growing interest of the international media led to La Tomatina de Buñol being declared a Fiesta of International Tourist Interest by the General Secretariat of Tourism in 2002.

This year the Tomatina festival is set to begin at 12.pm in the town square of Buñol, with organisers recommending participants arrive at least two hours early.