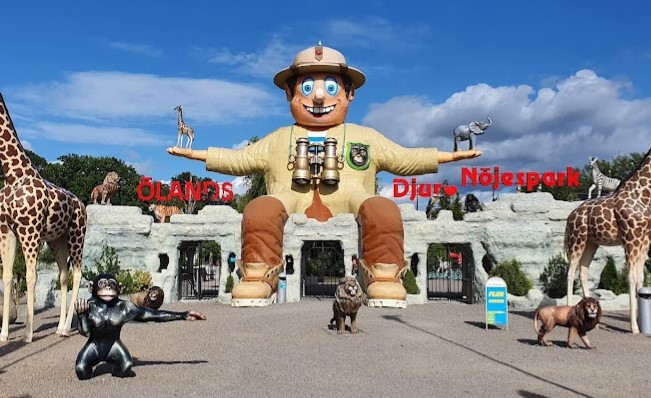 An experienced animal handler at Oland zoo and amusement park in Sweden was gored to death by a moose antelope at feeding time.

A tragic incident at Oland zoo in Sweden on Sunday, August 28, resulted in an experienced animal handler being gored to death by a moose antelope. The incident occurred in a zoo facility which is part of an amusement and water park located in Farjestaden, on Oland island.

The animal in question was an Eland, which is the world’s largest species of moose antelope. They are not known for being aggressive but it attacked the employee while he was escorting all the other creatures back into their enclosures for the evening.

An emergency call had gone out to alert the police of “a personal injury to a zoo employee in connection with handling animals in the park”. It later became clear that the handler had passed away from the injuries he sustained.

Richard Berglund, the zoo’s manager held a press conference on the morning of Monday, August 29, in which he was said to be clearly shaken by what had happened. Mr Berglund revealed that he had been present and witnessed the incident, and was also the one who called the ambulance.

Speaking with SVT Nyheter Smaland, the manager said: “It was me and him who were going to bring the animals in for the evening and then … it turned out as it did”. Berglund refused to enter into too much detail as a police investigation is ongoing.

He explained that several animals were out on a large ‘savanna’, and were being herded in for the night. “The zebra goes in first, everything is calm. I stand on the outside, he stands on the inside. Then comes an ostrich and then an eland. And then it happened”, related Berglund.

Describing it as a ‘very sad day’, the manager said he and the park had lost: “an animal keeper, and a friend, a friend who has been with us for many years”. One theory put forward is that the eland was somehow spooked by the ostrich.

The deceased man is believed to have been from Eastern Europe and in his 50s, according to a report from expressen.se. The publication also said that crisis meetings had been held at the Kalmar County facility.

For several years, Oland’s zoo has given jobs to foreign workers. These include people from Poland, Bulgaria, Ukraine, and Romania. By Monday afternoon, basically, it is reported that everyone had left. By all accounts, the workers had all taken the ferry that morning from Karlskrona. Apparently, at a memorial service arranged at the chapel in Farjestaden, nobody showed up.