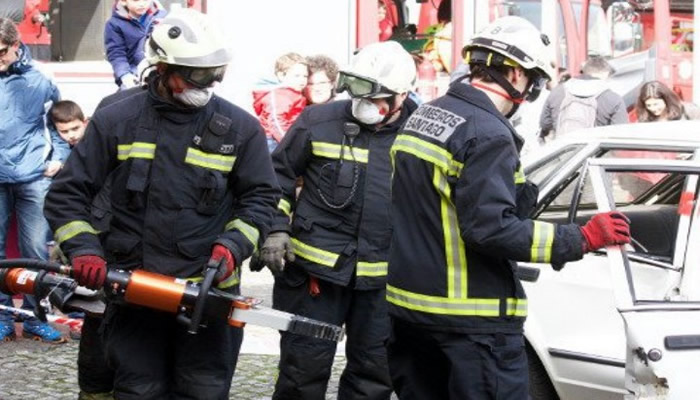 A young trainee firefighter lost his life in the Galician city of Compostela de Santiago tragically lost his life on the first day in his new job.

A tragic accident this morning, Tuesday, August 30, in the Compostela municipality of Arins, saw a 25-year-old firefighter lose his life. Jorge Corbacho Mauricio, from the city of Vigo, was a trainee at the Santiago Fire Station, in his first day on the job, as reported by lavozdegalicia.es.

Jorge, along with two other new recruits, was only an observer when his colleagues were called upon to extinguish one of the city’s Rías Baixas company’s burning buses. The incident was not a complicated one because the vehicle caught fire in an urban area. His brigade had been deployed at 8am, to the fire approximately 8km from their base.

While the firefighters were dousing the vehicle, it somehow rolled forward and crushed Jorge against the rear of the fire appliance. His colleagues attempted to revive him using resuscitation techniques, as did the medical services when they arrived on the scene, continuing for around one hour.

The young man was sadly pronounced dead once his family had been located and informed. Xose Sanchez Bugallo, The mayor of Santiago, conveyed his support to both his family and colleagues and friends of the deceased, describing the event as a “terrible and great misfortune”.

At the time of the incident, there were no passengers on board the bus. The driver was unharmed though visibly shaken according to sources.

Jorge Corbacho had been approved to join the fire brigade on June 15. He then engaged in theoretical practices until Wednesday, August 24, as is standard procedure. Once his training was completed, on Monday, August 29, Jorge entered his first shift, but only as an observer in the case of call-outs.

Three days of official mourning have been declared by Santiago Council to mourn the death of the trainee firefighter, between August 30 and September 1. This Wednesday, August 31, there will be a minute’s silence at 12 midday in the Praza do Obradoiro.