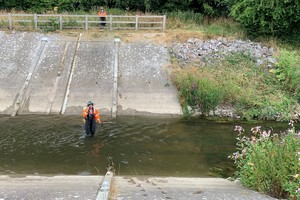 All of the South West of England is now in drought following some of the driest conditions in nearly 90 years, the UK Environmental Agency confirmed on Tuesday, August 30.

Bristol, Somerset, Dorset, South Gloucestershire and parts of Wiltshire (referred to in the Environment Agency as the Wessex area) have all today moved to drought status.

Earlier this month Devon, Cornwall and the Isles of Scilly were also declared to be in a drought.

The triggers used to confirm today’s move to drought status for the area include the hydrological position (including rainfall, river flows, groundwater levels, reservoir levels, and the dryness of soils), as well as the impacts these conditions have on the environment and abstractions.

While the area has had some rainfall over the last 2 weeks, this has not been sufficient to compensate for the long dry period in recent months, but waiting until now to declare a drought, has given our response team time to consider the effects of the rainfall.

This change in status to drought is a change in categorisation, indicating the impact prolonged dry weather is having primarily on the environment and in addition on water resources.

“Despite some heavy rain over the past 2 weeks, it has not been enough to refill our rivers and aquifers.”

“River levels across our Wessex area are exceptionally low – many showing the lowest flows on record. This places incredible strain on local wildlife and this is why we are moving to drought status.”

“We are prioritising our local operations to minimise impacts on the environment.”