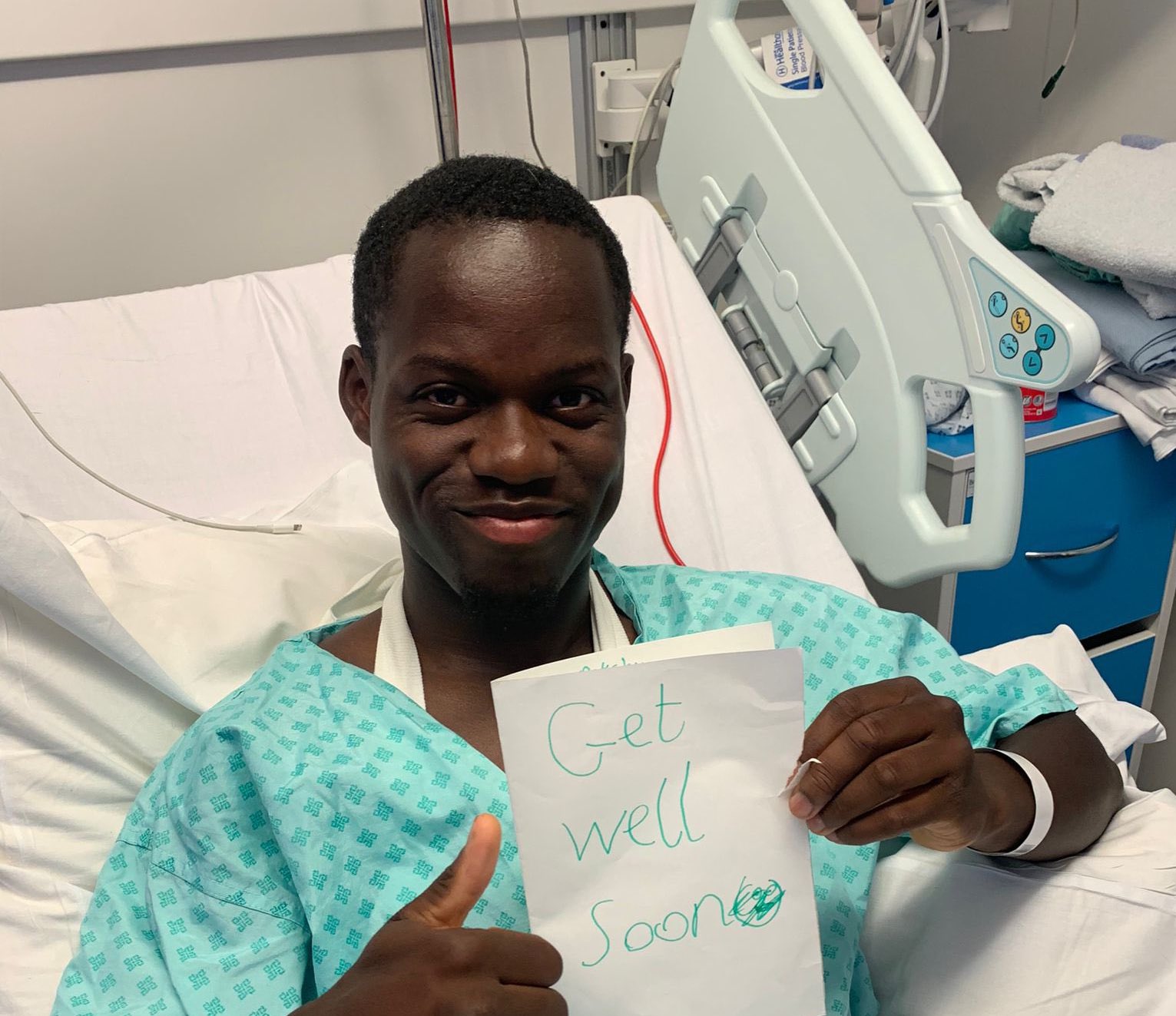 THE UK Resuscitation Council took to Twitter on Tuesday, August 30 to praise ambulance crews who saved a 24-year-old Spanish footballer who suffered a cardiac arrest during a game in the UK.

Potchu Mendes, a young footballer who plays Hertford Town FC, suffered a cardiac arrest during his side’s home match against AFC Dunstable in the eighth-tier Southern League on Saturday, August 27.

The UK Resuscitation Council wrote: “We wish Potchu Mendes a speedy recovery and are so thankful that Paige Simms, Alasan Ann, Niki, @HertfordTownFC the Air Ambulance & Ambulance crews were on hand to provide lifesaving #CPR and AED support ♥️”

We wish Potchu Mendes a speedy recovery and are so thankful that Paige Simms, Alasan Ann, Niki, @HertfordTownFC the Air Ambulance & Ambulance crews were on hand to provide lifesaving #CPR and AED support ♥️

Following the incident, the club launched a GoFundMe for the Spaniard.

“After suffering a cardiac arrest playing football for Hertford Town FC, Potchu now faces a period where he will be incapacitated and therefore will not be able to return to his day job,” the fund page read.

“I know that Potchu would never give his blessing for something like this, as he is a very proud and humble young man, however, the reality is that he will be without an income for a prolonged period of time, whilst he concentrates on his recovery.”

“Hertford Town FC have pledged to continue paying Potchu during his recovery and we know times are tough, but we would really appreciate any contributions you may be able to give. 100 per cent of any funds raised will go directly to Potchu.”

The club revealed on Twitter that Potchu was on “the road to recovery”.

Alongside a picture of the young Spanish footballer holding a “get well soon” message, the club wrote: “We are overjoyed to announce he is on the road to recovery and is in a stable condition in hospital.

“We would like to place on record our overwhelming gratitude to the heroes involved in saving Potchu’s life.”

Please read below the Club’s statement regarding the update on our Player, Potchu Mendes 👇🏼💙#HTFC pic.twitter.com/eyf80idxm5

Thankfully, medical staff were on hand to help the young footballer.

Sadly, several footballers over the past month have died of cardiac arrests or heart attacks.

On Thursday, August 11, Djouby Laura, a 20-year-old footballer who played for USC Roura in South America, died of a cardiac arrest he suffered during the club’s training session.

The news of Djouby Laura’s death came months after other footballers died of similar causes.

On Saturday, August 6, Cristian Cáceres, a 38-year-old goalkeeper who played for the Union Cordillera de Chapilcha senior team, suffered a heart attack during his side’s game.

The death of Cristian Cáceres and Fabricio Navarro followed a spate of sudden-death heart attacks that struck numerous footballers over the past year.