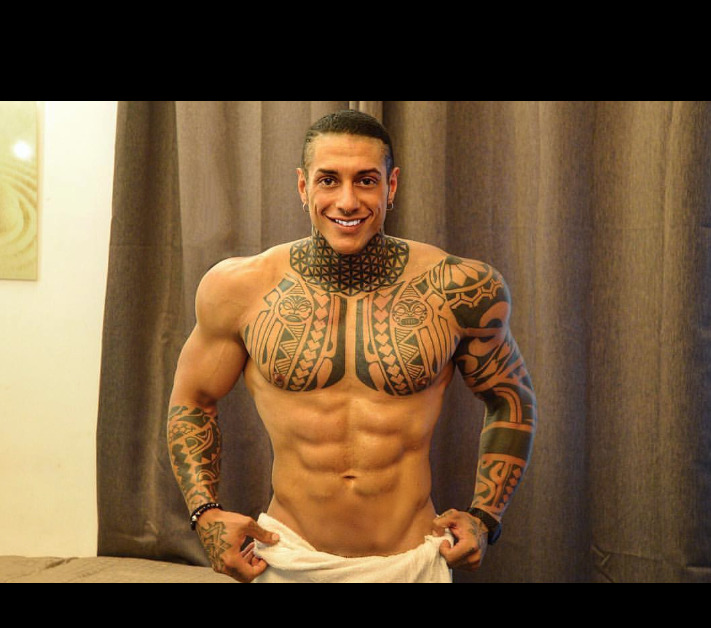 ITALIAN influencer and reality star Francesco Chiofalo has updated fans on his health after he was spotted returning to Italy’s capital Rome in a wheelchair on Monday, August 22.

The young influencer explained the situation with his health in recent weeks: “I am going through a difficult time. I’ve been pretty sick these days. I’m better now, but I’m still not fine.

“I do not want to show unfortunately I am not presentable. This is why I was no longer present on Instagram,” the 33-year-old said.

He added: “As soon as I have recovered and will be presentable again, I will explain to you what happened to me and why I was hospitalised urgently.

“I have received so many messages of comfort. I want to thank every single person who spent just a second of their life texting me to support me in this difficult time. Thank you so much, I’m speechless.”

ORIGINAL 2.33 pm (August 23) – Italian influencer Francesco Chiofalo was spotted returning to Italy’s capital Rome in a wheelchair on Monday, August 22 after being rushed to the hospital in Catania days prior.

Videos have emerged of Francesco Chiofalo being escorted around in a wheel at Fiumicino airport, in Rome accompanied by a health worker, days after complaining of leg ache.

The star of Italy’s reality TV show Temptation island was taken on a stretcher to the hospital in Catania, an ancient port city on Sicily’s east coast, after experiencing pain in his legs while at a nightclub.

In fact, it was the 33-year-old who shared the video via his Instagram Stories.

“I met him yesterday in the late afternoon at Rome Fiumicino airport. He was in pretty bad shape, he couldn’t walk, he was in a wheelchair accompanied by an OS from Fiumicino airport,” she said.

“He seemed very tired and really very down in the dumps. I’m honest, I was sorry to see him in that condition, poor thing.”

After facing some backlash for sharing the incident on social media, Italian actress Guenda Goria said: “To those who criticise Francesco for sharing his most difficult health moments on social media, I would like to remind them that his gritty battle against a bad disease is giving strength to so many guys.”

On Saturday, August 20, Chiofalo is said to have been entertaining guests at the local I Mori Lounge – Cavà in Ispica, in the province of Ragusa when he complained that he was feeling unwell, as reported by fanpage.it.

Local reports suggest that the “La Pupa and the Nerdy Show” star arrived at the hospital and said, “I don’t feel my leg anymore.”

Worryingly, the complaints of sudden leg pain from the muscular model draw comparisons to former Torino striker Akeem Omolade, who died suddenly aged 39, following days of complaining about pain in his leg.

Nigerian footballer Akeem Omolade died suddenly in a car on Monday, June 13 in Palermo, northern Sicily days after the former Torino player had gone through a series of tests at a local hospital due to complaints he was suffering leg pain.