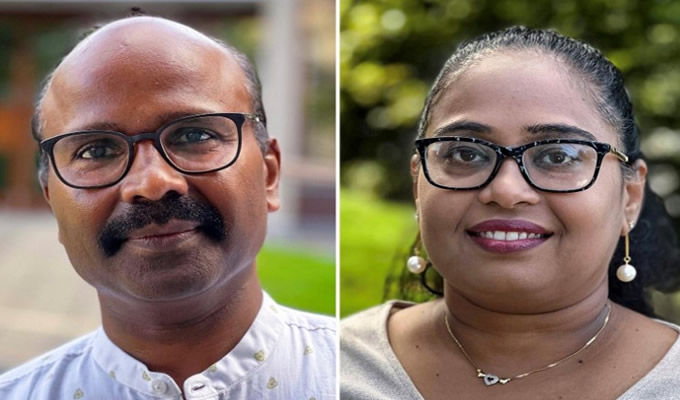 Image of the researchers involved in the study at the University of Gothenburg. Credit: Elin Lindström

According to a study conducted by researchers at the University of Gothenburg in Sweden, a new breakthrough in cancer treatment could have been made. A previously unknown mechanism has reportedly been identified during their tests. It controlled tumour growth in both cultured cells and mice.

Published in the scientific journal Nature Communications, this discovery could allow the future development of new drugs against a series of carcinogenic diseases. It is a protein that binds to genetic material, and, as researchers now show, also controls certain properties that regulate tumour development.

The protein, known as HnRNPK, binds to messenger RNA (mRNA) encoded by the two genes IER3 and IER3-AS1. These genes are highly active in various forms of cancer. By binding to the mRNA of these genes, HnRNPK prevents the formation of double-stranded RNA between them and keeps them apart.

“Keeping the RNAs of these two genes separate favours the growth of tumours that depend on growth factors. Without the HnRNPK protein, the properties that promote tumour growth are neutralised, paving the way for the development of drugs that block HnRNPK”, explained Chandrasekhar Kanduri, one of the researchers.

Their study also showed that the HnRNPK protein similarly binds to the mRNA of several other genes, preventing the formation of double-stranded RNA.

The discovery makes it possible to indirectly influence the growth factor FGF-2, which is well known to be key both in the process by which stem cells mature into various cell types and in early embryonic development.

Meena Kanduri, the author of the article, pointed out: “Given the crucial role of FGF-2 in normal human development, the use of drugs targeting the growth factor directly would have too many side effects. The mechanism we have now identified is part of the same signalling chain, but further down the line”.

“Therefore, the mechanism has the potential to become a more attractive option for cancer treatment, with fewer side effects”, she added.

Further research is needed to verify the transferability of the finding from cell culture and mouse studies to humans. In the next stage, the group plans to conduct extended studies to examine in more detail how the pair of genes regulated by FGF-2 governs the growth environment of tumours.