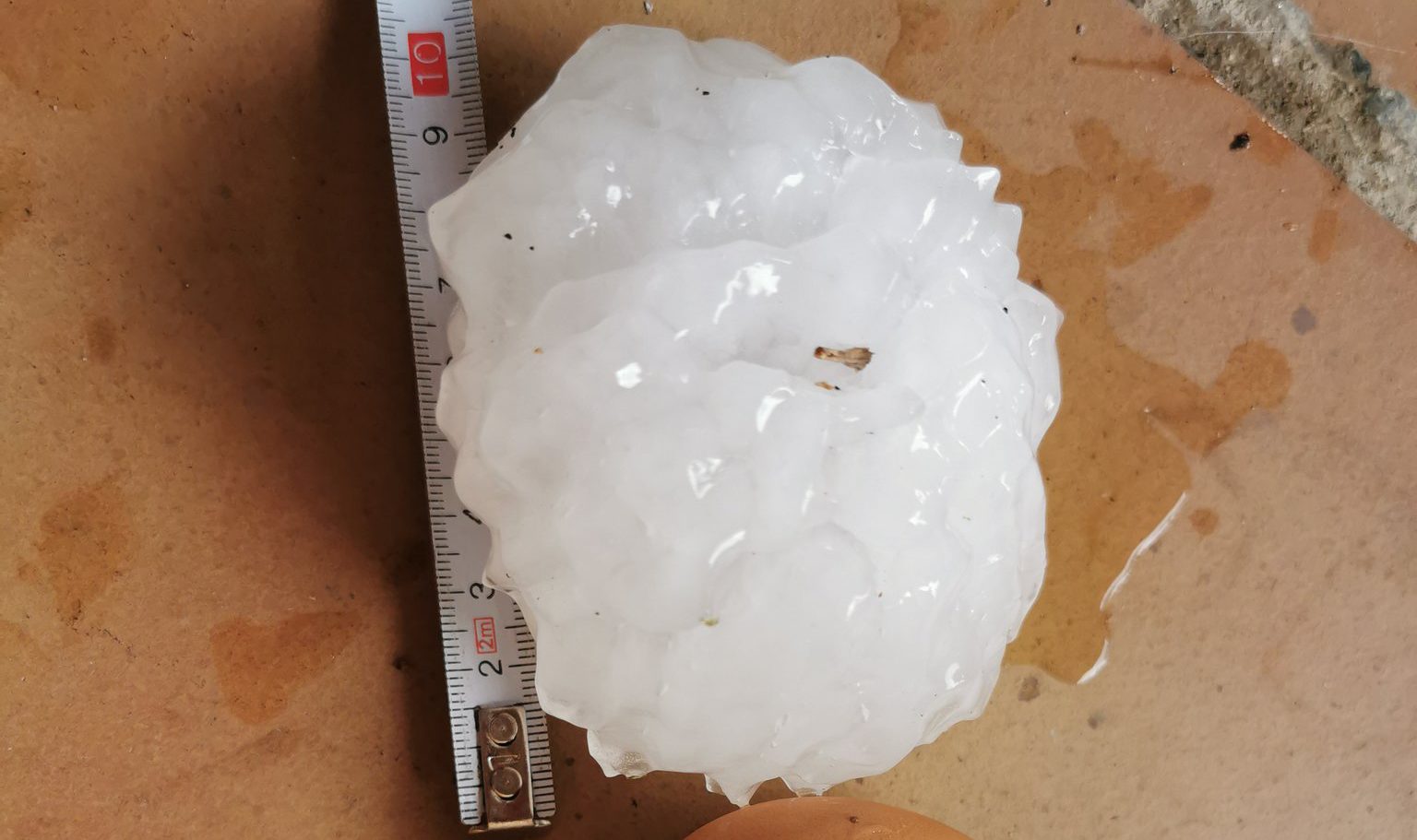 Tragedy as 20-month-old girl dies after being hit by hailstone in Spain's Girona Credit: Twitter @bisbalbasquet

A 20-month-old girl has died from the impact of a hailstone in the hailstorm that occurred late on Tuesday, August 30 in the town of La Bisbal d’Empordà, Girona, Spain.

The young girl was transported to hospital where she died after being hit by the hailstone in La Bisbal d’Empordà, Girona, Spain.

According to Girona city council sources, the deceased girl was taken to Girona’s Trueta Hospital, where she died early on the morning of Wednesday, August 31.

A woman was also taken to the same hospital, according to Catalunya Radio.

The intense hailstorm in La Bisbal d’Empordà also caused a great deal of damage to vehicles, roofs and street furniture, according to the emergency services, with hailstones that measured more than 10 centimetres in diameter.

The unusual size of the stone that fell in the hailstorm shattered the windows of numerous vehicles and also caused significant damage to the roofs and windows of some buildings, as reported by ElMundo.

Footage of the hailstorm and its damage on the town were shared on Twitter:

“Good luck to all Bisbalencos and people of the district affected by this hailstorm that made a mess!!! Good luck to everyone… We mean everything!”

“The stained glass windows of La Bisbal d’Empordà Town Hall have also been affected by the hail that fell this afternoon in the city.”

“The sound is scary!”

The municipalities Moixent and Fontanars del Alforins were hit with a hailstorm. The ground was temporarily covered in white, with some stones as large as golf balls.