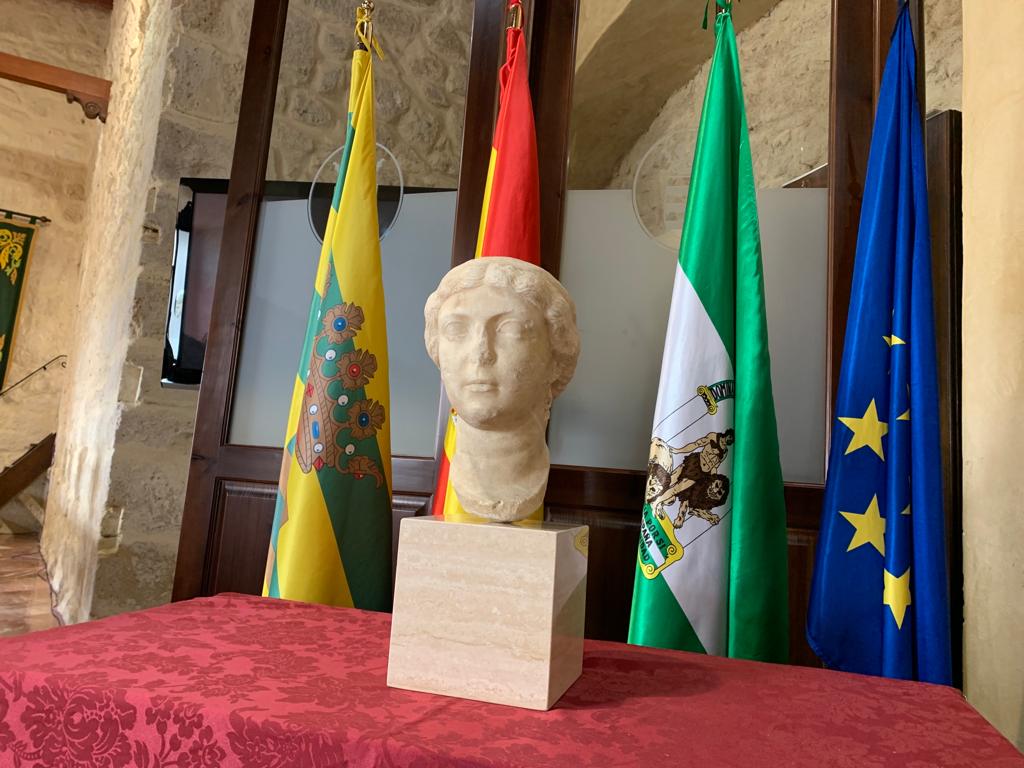 The 1st Century Roman bust of Antonia Minor, stolen in 2010, has been returned to Bornos, Cadiz, Spain, as reported on Thursday, September 1.

The 1st Century Roman bust of Antonia Minor was returned to Spain’s Cadiz by the Guardia Civil and the Ministry of Culture and Sport.

The Bornos Town Council gratefully received the Roman head of Antonia Minor, which was stolen in 2010 from its place of exhibition in the town of Cadiz.

The event, which took place in the plenary hall of the Bornos Town Hall, was attended by the mayor of the Cadiz town, representatives of the Guardia Civil and the director general of Cultural Heritage and Fine Arts of the Ministry of Culture and Sport.

Also present was the Professor of Archaeology at the University of Seville, José Beltrán Fortes, who recognised the piece, after a decade of disappearance, in an exhibition at the Glyptotheque in Munich (Germany) and alerted the Guardia Civil and the Spanish authorities to take the necessary steps to recover it.

A lengthy investigation began, coordinated by the Historical Heritage Section of the Guardia Civil’s Central Operational Unit (UCO) and in collaboration with the Ministry of Culture and Sport.

After various negotiations with the German cultural and police authorities, the bust was voluntarily handed over to the Bavarian Criminal Police and finally returned to the Spanish authorities at the Spanish Consulate in Munich in 2020.

The head of Antonia Minor was discovered at the site of Carissa Aurelia in the 1960s. For years it remained on display in the Town Hall of Bornos and later in the Interpretation Centre of the Castle-Palace of the Ribera family, until at the end of 2010 it was stolen from the display case where it was shown to the public.

From its attributes, such as the hairstyle and the diadem, it is identified as a portrait of Antonia the Younger, the youngest daughter of Mark Antony and Octavia.

Born in 36 BC, shortly after her father abandoned her because of his relationship with Cleopatra VII of Egypt, she was married to Drusus the Elder, brother of Tiberius and son of Livia.

She was the mother of Germanicus, Livilla and the future emperor Claudius, and grandmother of Caligula, at the beginning of whose reign she died in AD 37.

The bust is a perfect example of the adaptation of the Betic workshops to the Roman Imperial portrait, with the local traditions and modes of Roman Hispania.

The news of the returned Roman bust follows reports of Spain’s Guardia Civil arresting a man and a woman for allegedly shooting a young man to death in the early hours of August, 1, in the town of La Cistérniga, Valladolid, Spain.