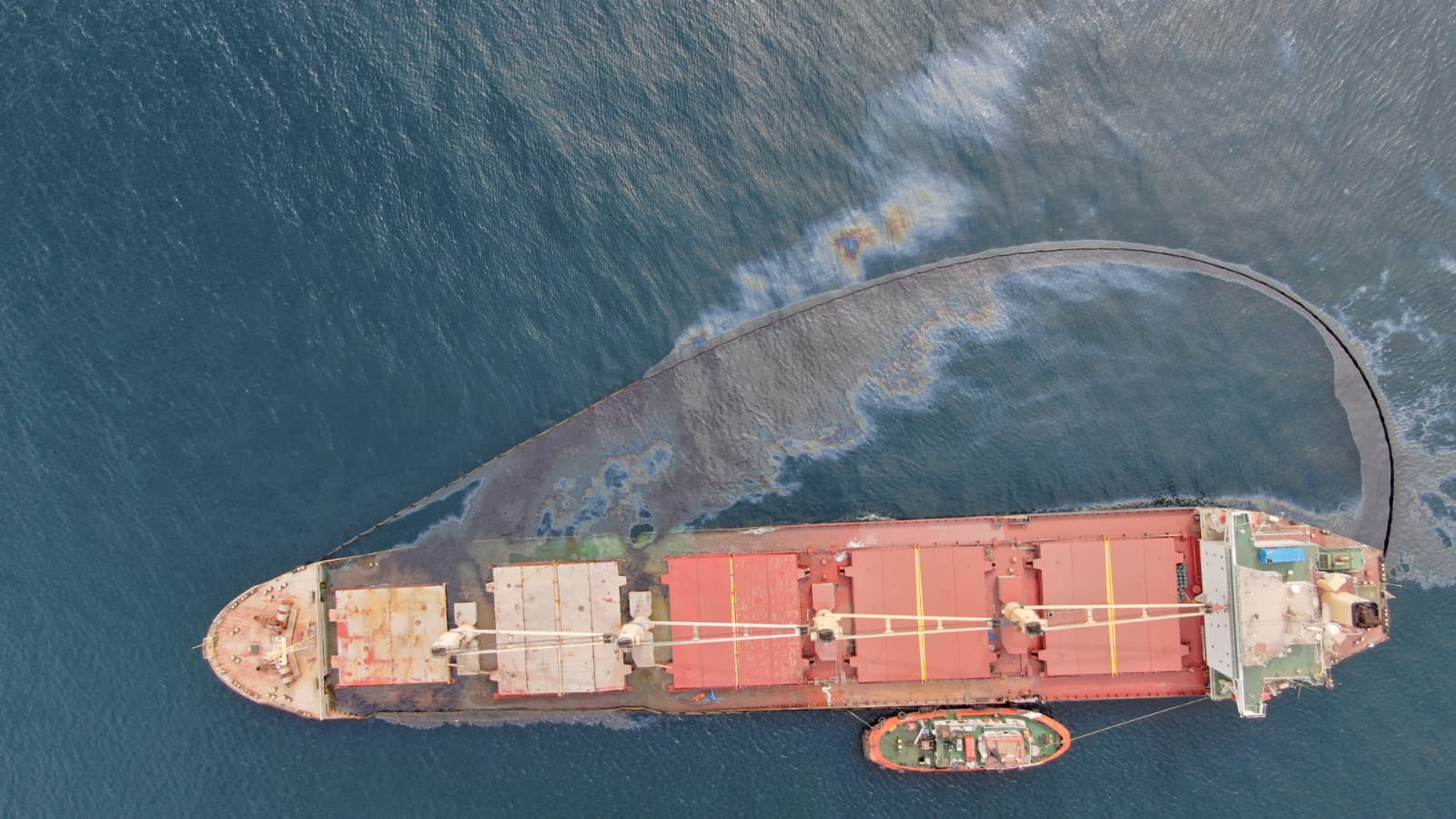 Image of the OS35 that sunk off the coast of Gibraltar. Credit: [email protected]

THE captain of the bulk carrier OS35 has been arrested, according to Spanish media reports, as a clean-up operation begins following news that an oil leak from the vessel had breached the perimeter boom.

UPDATE 5.33 pm (September 1) – After news from Gibraltar that the oil leak had breached the perimeter of the boom, it was also revealed that the captain of the bulk carrier had been arrested on the morning of Thursday, September 1, as reported by El Pais.

The Chief Minister of Gibraltar, Fabian Picardo, said that the Gibraltar police have opened an investigation against him after he disregarded the instructions of the maritime captain of the port of Gibraltar after the accident.

“He disobeyed orders and the ship left port. The captain of the port has to ask him many questions about why,” Picardo said.

A further update regarding the oil leak has been released by the Gibraltar Port Authority.

“We have begun to pump diesel out of the OS 35 and into the slops barge that has successfully been brought alongside,” the GPA said.

“Parallel operations working towards the pumping out of fuel oil are ongoing.

“Simultaneously, a skimmer has been deployed and is successfully removing the fuel oil that is contained within the boom.”

ORIGINAL 2.12 pm (September 1) – The Gibraltar Port Authority (GPA) has confirmed that the heavy oil leak from the damaged bulk carrier OS35 escaped the perimeter of the boom on Thursday, September 1.

Following the collision between bulk Carrier OS 35 with another ship on the evening of Monday, August 29, the government of Gibraltar declared a Major Incident (MAJAX) on Wednesday, August 31 due to “an oil leak from the vessel as a result of the movement arising from its break.”

Now, on Thursday, September 1, Gibraltar’s salvage team onboard the bulk carrier said they have identified the source of this leak to two tank vents from the vessel’s bunker tanks.

“All vents had previously been sealed, but the seal of two vents became loose on the crumpling of the vessel,” the GPA said.

“Divers on the scene have been able to re-establish the seals, so the GPA is in the process of stopping the release of oil from the vents.”

It added: “The Gibraltar Port Authority J formation and the Salvamento Maritimo Luz de Mar are both downstream from the vessel collecting the free floating oil that has already vented.

“Skimmers are currently being deployed onboard to start collecting what is inside the boom.

“Both the GPA and the Luz de Mar will also deploy sorbent booms.

“The slops barge will be brought alongside the OS 35 shortly to begin to pump out its fuel.”

The Gibraltar Port Authority has confirmed a leak of heavy fuel oil a small amount of which has escaped the perimeter of the boom.

In the last update on August 31, the Gibraltar Contingency Council said: “The boom in place on the port side of the vessel’s hull is being separated from the hull to avoid any potential oil seeping outside.

“A further inflatable boom will be deployed tonight in J formation to collate any oil that may seep overnight.

“At least three further booms will be ready to be deployed in J formations by tomorrow. A foam-filled boom will be placed at Catalan Bay as a tertiary precautionary measure to protect the beach.”