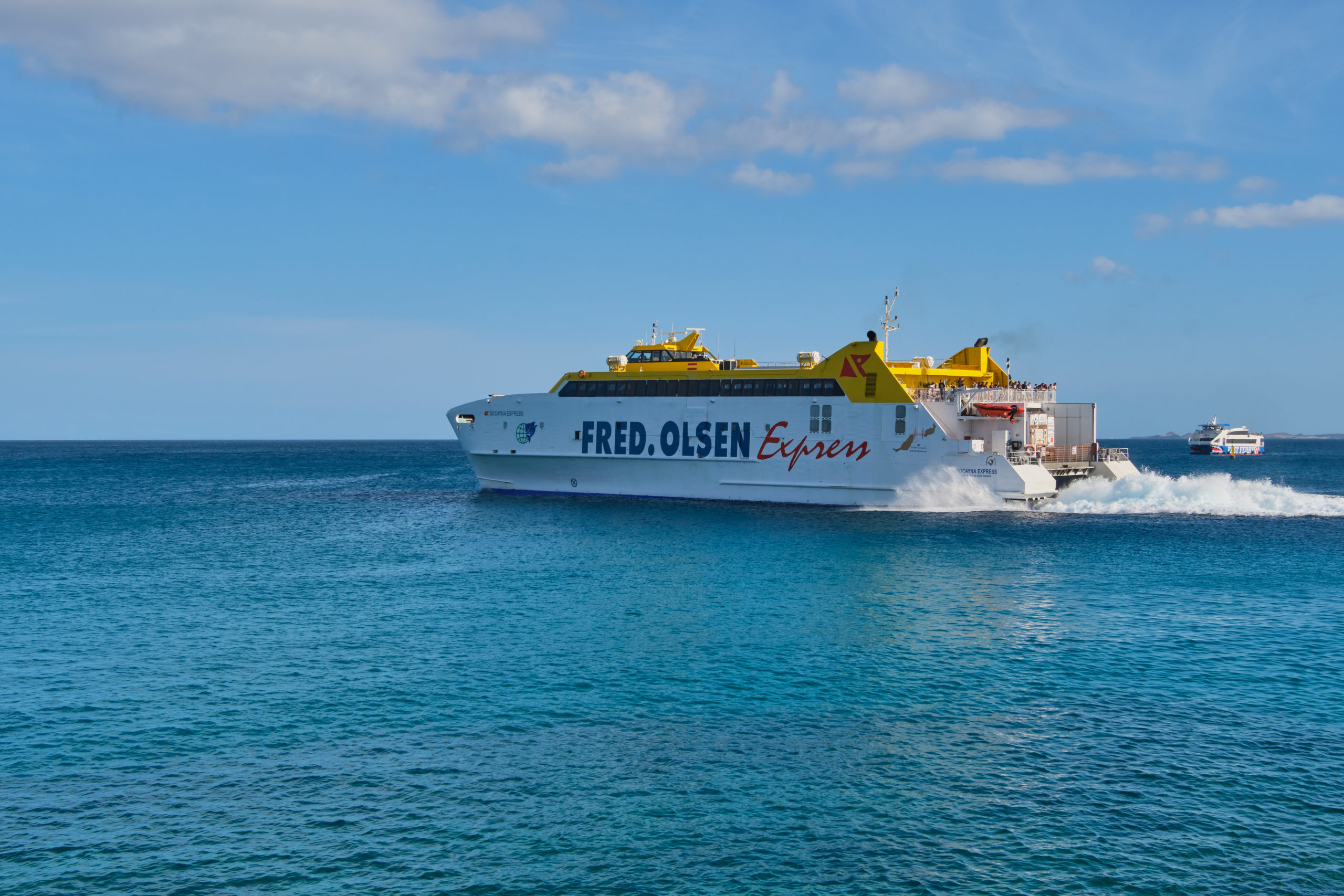 AN investigation has been launched after a vehicle being transported in the hold of the Fred Olsen Express from La Gomera to Tenerife fell into the sea.

During the crossing, the vehicle somehow fell into the Tenerife sea despite the shipping company’s staff being required to chock the wheels.

The vehicle is believed to have occupied one of the ship’s parking spaces closest to the entrance and exit ramp due to the passenger being one of the company’s Gold Class members.

Car and van owners must leave one gear engaged, the handbrake on and the steering wheel turned to the right, according to the company.

The shipping company staff is then in charge of chocking the wheels to avoid displacement, an action that must be verified by the shift supervisor.

According to a source for news outlet Puente de Mando, “when the internal alarm raised, crew members ran to the deck to check if any passenger had taken photos or recorded images with their mobile.”

An investigation has been launched by the company and no injuries have been reported as a result of the incident.

Thankfully, the only thing that appears to have been lost in the freak incident is one car, unlike the recent event in Italy’s Catanzaro.

In a video shared by the local coast guard on Monday, August 22, a 40-metre yacht sank off the coast of Italy’s Catanzaro.

The yacht had left Gallipoli, a coastal town in Apulia, southern Italy, and was making its way to Milazzo, a town in the Metropolitan City of Messina, Sicily, when it ran into difficulty and sank.