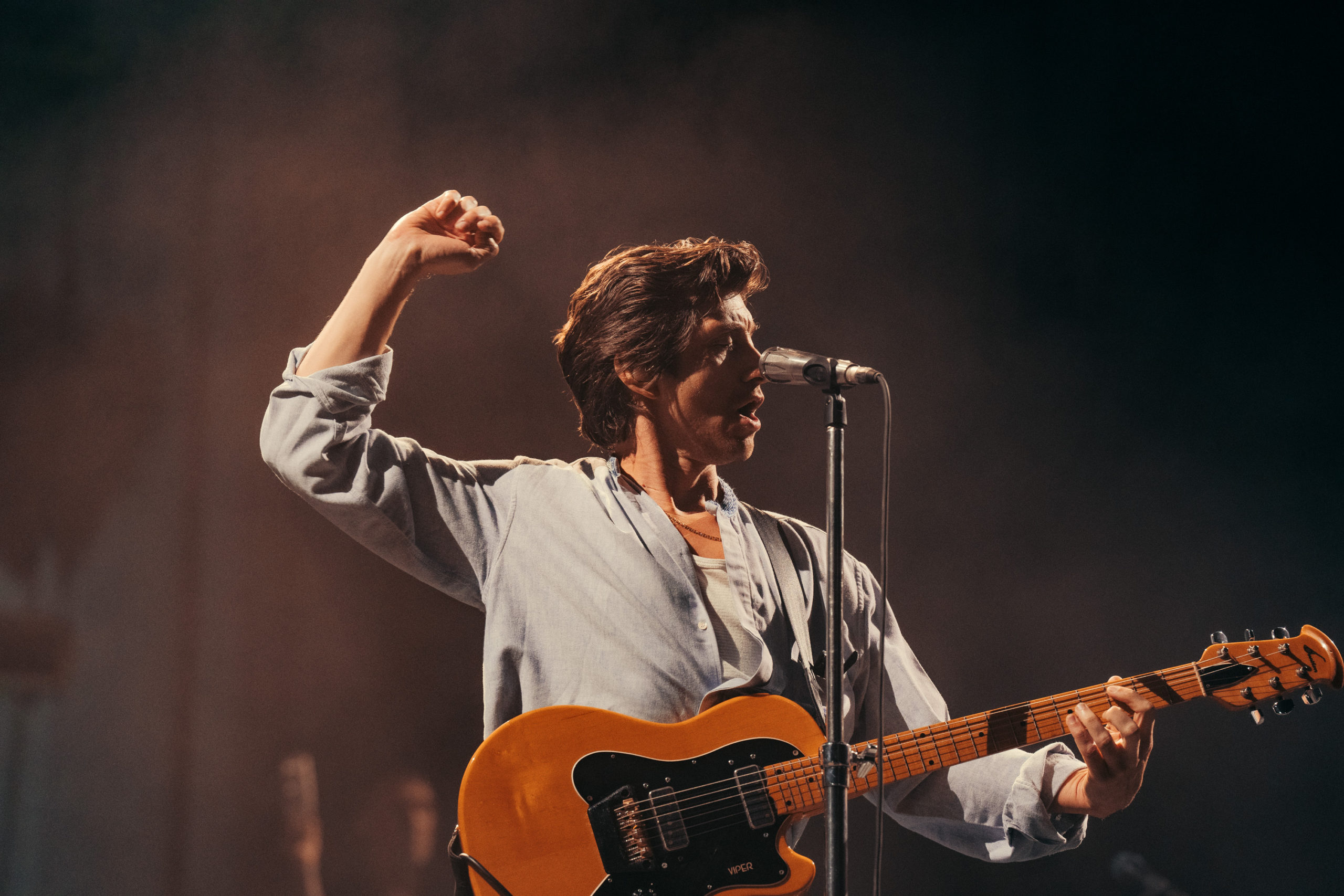 With their usual sense of cool and confidence, the Arctic Monkeys headlined the opening night of the inaugural Cala Mijas festival in majestic fashion on Thursday.

The Sheffield outfit, who are set to release their seventh album ‘The Car’ in October, drew on a range of material from across their near 20-year career to give a crowd-rousing performance at the busy 50,000-capacity arena on the fringes of La Cala.

Vocalist/guitarist Alex Turner has always been clever lyrically but he’s developed as a frontman and the band have matured hugely since they burst onto the scene with their brash ‘Whatever People Say I am, That’s What I’m Not’ debut in 2006.

With Turner aged just 20 at that point, the Monkeys have been forced to do their growing up in public and the spotlight has been firmly on them with the English music press once describing them as “our generation’s most important band”.

Brooding opener ‘Do I Wanna Know?’ was joined by other highlights from 2013’s ‘AM’ – arguably their best album – in the likes of ‘Knee Socks’, ‘Why’d You Only Call Me When You’re High?’ and ‘R U Mine?’, although it’s oldie ‘I Bet You Look Good On The Dancefloor’ that still prompts the best reaction.

Around 60 artists have been scheduled to perform over the three-day event, with three main stages being augmented by a further platform for DJs and dance-orientated sounds.

Liverpool quartet Crawlers were one of the first bands in the main arena, promoting their ‘Loud Without Noise’ EP by proving they’re both loud and noisy, followed by the highly enjoyable The Lathums, an indie-rock band whose UK No.1 album ‘How Beautiful Life Can Be’ has ensured a keen following.

Inhaler are a four-piece from Dublin with strong, anthemic songs but they’re not called U2. The comparisons are sadly inevitable, however, with frontman Elijah Hewson being the son of Bono and guitarist Josh Jenkinson displaying echoes of The Edge.

It’s still early days for them – Hewson was born just a year before U2’s ‘All That You Can’t Leave Behind’ release – but they already have a UK No.1 album and have genuine potential.

Stockport’s Blossoms have three UK No.1 albums under their belts and have indeed blossomed musically, with the quintet expanding to an eight-piece on stage. With three percussionists, it produces a busyness that helps create a rattling good show.

Songs include selections from recent album ‘Ribbon Around The Bomb’ but it was a rendition of the Human League’s ‘Don’t You Want Me’ that prompted much dancing around handbags.

Irish singer Roisin Murphy certainly gave the audience every opportunity to dance with her synth-based disco and electro-pop and introduced a splash of colour with frequent changes of costume and headgear as well as backdrop-screen visuals.

It’s the big hits with former band Moloko in ‘The Time Is Now’ and ‘Sing It Back’, however, that got the crowd going.

The festival continues tonight (Friday) with Nick Cave and the Bad Seeds, Kraftwerk and the Chemical Brothers and climaxes on Saturday with former Oasis frontman Liam Gallagher.

Write up by KIRK BLOWS