EXCLUSIVE: One of Britain’s top singers will be performing in the Costa del Sol 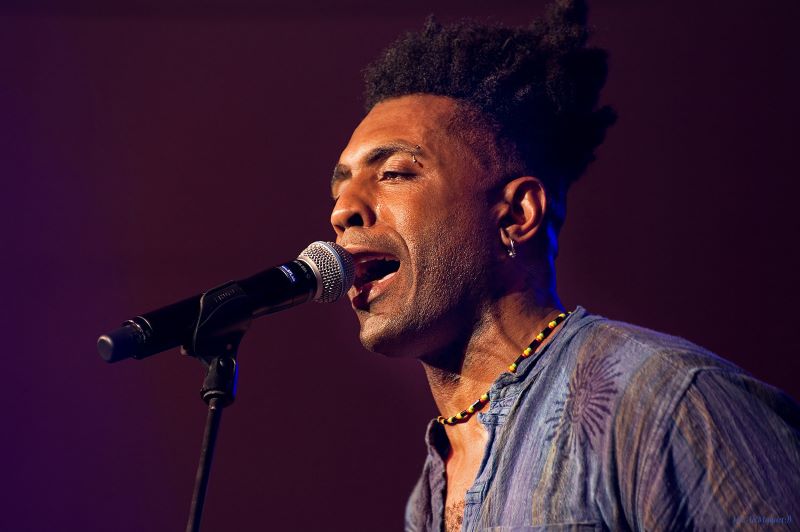 Omar doing what he loves to do Credit: Omar Lye-Fook

ONE of Britain’s top singers will be performing in the Costa del Sol at the end of September as Omar travels over for two special shows.

Speaking to Euro Weekly News about the two gigs, Omar Lye-Fook MBE said that “coming to Spain is like returning home” as he has regularly performed in both Barcelona and Madrid.

He’s looking forward to his appearances at Max Beach in Riviera on Friday September 23 and then at Joy’s Live in Puerto Banus on Saturday September 24 with admission to both shows being free.

Omar has had a busy year as he is just finishing off his latest album, tentatively called Brighter the Day which features three collaborations with ‘The Modfather’ Paul Weller who Omar says is “the most humble superstar I have ever met”.

In fact, he toured Japan as a percussionist in The Style Council when he was just 18 and during his 30 plus years has worked with other top musicians such as Stevie Wonder (who demanded that they get together after hearing his second album), Erykah Badu, Courtney Pine and many more.

Although music is his first love, Omar started acting as a young age and appears in his own one man play Lovesong which he wrote and features his own music.

Most recently however he had a short run in Eastenders playing Avery Baker who reunited with his younger brother and then died of cancer.

Through this, he has found a new audience for his music and is looking forward to other acting opportunities although he will next be seen in an episode of new ITV drama Riches.

Omar comes from a talented musical family whose father was a session musician who played drums with Bob Marley and even the Rolling Stones whilst younger brother won a Grammy as Scratch Professer and his sister Samia is a well-respected vocalist in her own right.

Music is also passing down the generations as he has recently returned from San Sebastian where his two daughters took part in the Dance World Cup 2022, finishing third in their class.

In addition to all this and despite being known predominantly as a soul singer, Omar says that he is excited by all types of music and incorporates reggae, roots, r’n’b and much more into his repertoire having has just released a jazz album Live at Last recorded with friends QCBA which was recorded at the Jazz Café in London.

“Having spent so long in lock down, it’s a pleasure to be able to get back out and perform, so before coming to Spain, I have dates booked in London and Paris but I am so looking forward to my first gigs on the Costa Del Sol” he confirmed.

Talking about the MBE he was awarded for services to British music in 2013, Omar said,” this was a real honour as I’m not a mainstream artist and I was delighted that when giving me the award, Prince Charles asked me for a copy of my then new album The Man which I sent him and he kindly acknowledged.”

Omar Lye-Fook is a real gentleman with so much experience, talent and dedication to his music which means that his appearances this September should be in everyone’s diary.

Thank you for reading ‘EXCLUSIVE: One of Britain’s top singers will be performing in the Costa del Sol’ and remember that all articles produced by Euro Weekly News may be accessed free of charge.