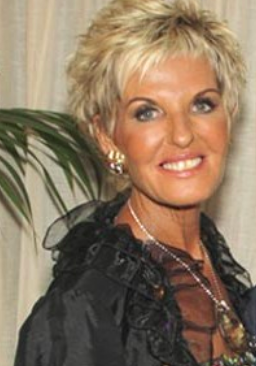 Michel is a highly successful businesswoman and one of the co-founders of the Euro Weekly News newspaper. However, as well as paving the way for women in business along the Costa del Sol, she is also a devoted wife, mother, grandmother and friend, recognising the importance of family. It is a philosophy she extends to the team behind The Euro Weekly News as well, and no doubt part of the reason why the paper is so successful, with around 580,667 copies of in circulation each month across six different regions in Spain.

As a woman – and a working-class one at that – Michel understands the obstacles which women can face, from combating sexism in the workplace (prior to The Euro Weekly News, of course) and smashing the glass ceiling, to motherhood and menopause.  Michel, the driving force behind The Euro Weekly News along with her husband Steven, has faced her own challenges, overcoming illnesses and her fair share of medical treatment to be where she is today, in such a successful role as CEO of the Euro Weekly News.

Although she herself is an incredible pioneer and successful businesswoman, an example many women would be wise to follow, she has always made sure to celebrate and express gratitude for the achievements of other women. For example, at the seventh International women’s day conference, before even introducing herself, she presented Ali Meehan, the Costa Women’s founder, with flowers on behalf of the Euro Weekly News as a token of her appreciation. Michel described Ali as “a lady who epitomizes why we are here today, who is our inspiration”.

During the same appearance at the event, she later also presented Maria Bailey, the president of Costa del Sol’s Knitted Knockers, a charity that hand knits and crochets prostheses for women who have undergone a mastectomy or lumpectomy, with a €1,000 cheque. Knitted Knockers is just one of the charities that Michel has made sure the Euro Weekly News support and give what they can. They have also supported Children with Cancer UK and Cudeca Hospice, helping families who have young children with illnesses.

Part of Michel’s strong exterior, one has to admit, must be put down to her expertly applied, glamorous makeup, voluminous blonde hair and impressive nails long enough that she has joked in the past that they need their own introduction. Always dressed elegantly, in a smart business suit or a dress fit for a ball, there is no doubt about it, Michel not only looks like a Girl Boss, but she has paved the way for women in business, earning her own status as female inspiration both along the Costa del Sol and internationally.

Although in the past she has spoken about barely being able to drag herself out of bed, her admirable work ethic and determination to succeed in order to present news to predominantly expats throughout Spain is what has made both her and the paper itself so successful.