National acclaim for the Euesdens: recognition from El Pais 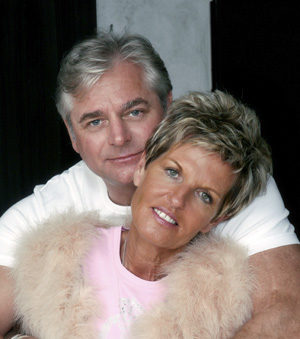 Their voracious work ethic and ambitious approach to the nation-wide distribution of weekly publication The Euro Weekly News landed its founders, Michel and Steven Euesden, a headline in Spain’s most-read Spanish newspaper, El Pais in 2012.

The sale of more than 360,000 copies a day of the Euro Weekly News to distributors caught the attention of El Pais journalist John Carlin. He interviewed the couple to learn the secret to their success.

Although the Euro Weekly News, known as the people’s paper, is Spain’s largest free English language newspaper, aimed primarily at expats attracted by the Mediterranean climes and relaxed lifestyle. It has been distributed freely sine 2007.

Whilst most statistics seem to suggest, rather absurdly, that the higher the readership, the fewer the number of people earning a living from the newspaper, the Euesdens are certainly an incredible exception to this trend.  Gradually increasing their number of pages, the ingenious idea to generate income entirely through advertising in the paper has meant that Euro Weekly News can now publish six publications each week.

The vast readership and close relationships the Euesdens enjoy ensure they maintain with clients has made the paper the beating-heart of the couple’s entrepreneurial venture along the Costa del Sol, and a fantastic success story from humble beginnings to boot.

Working 7 days a week, it is no secret that this couple, Michel (60) and Steven (62) have poured all of their passion and energy into the Euro Weekly News. Their view is that the customer is King, so they have made it their priority to be “permanently in touch with clients” in order to be able to “adapt to what the market wants”.

Perhaps another reason for the EWN’s success derives from the newspaper’s format which differs from traditional Spanish press. Unlike a publication of predominantly long, in-depth stories which can be heavier to read, Michel and Steven encourage their team of writers to produce ‘tapas’ journalism, a selection of shorter stories across a wide range of topics.

During their El Pais interview, the loved-up couple also revealed their respective roles in the EWN. Steven in sales, to make sure everything is running smoothly and the paper is producing the sort of articles people want to read, in a publication that companies want to advertise in.

As for Michel, far from sitting twiddling her long, elegant nails, she is the driving force behind the Euro Weekly News. Michel tries to bring her kindness and generosity to work every day, viewing the paper’s writers as members of her extended family and using the Euro Weekly News to devote attention and raise awareness of causes she deems important.

From charities like Knitted knockers, a charity that knits handmade prostheses for women who have undergone a mastectomy or lumpectomy, to Flood Aid, the Tomas Leighton Charity Collection and Afghan heroes, Michel has always had the interests of her readers and the wider community at heart.