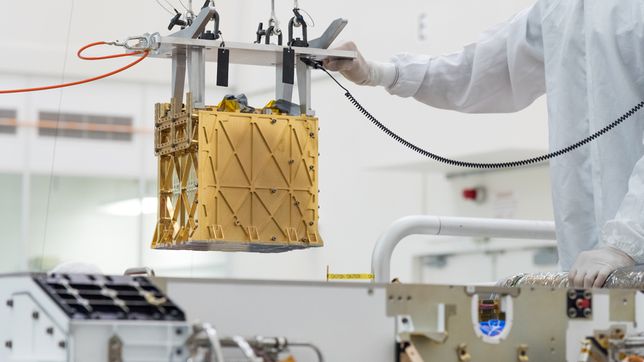 NASA’s Perseverance Rover has made a historic and life-changing discovery on Mars after carrying out experiments on the planet’s atmosphere.

NASA announced late on Thursday, September 1 that the module had been able to make breathable oxygen from the thin atmosphere that surrounds the planet.

The important discovery suggests that scientists can replicate the work of trees throughout the year using the small lunch box-sized apparatus known as Moxie, which was used in this experiment.

Carried out by the Massachusetts Institute of Technology (MIT), Moxie produced six grams of oxygen per hour more or less at the same pace of a an average tree on earth. According to the MIT statement, the successful conversion is a major step towards the goal of sending manned missions and is also the first demonstration of the use of resources “in situ” to create resources that would otherwise have to be transported from Earth.

Moxie has proven that it can operate all year-round extracting oxygen from the carbon dioxide-rich atmosphere of Mars, with scientists at MIT believing that a larger version could sustain a human mission as well as powering a rocket’s return to earth.

According to MIT Moxie draws air through a filter to remove contaminants, after which it is pressurised. It is then sent through a solid oxide electrolyser (SOXE), which electrochemically splits the carbon dioxide-rich air into oxygen ions and carbon monoxide.

The oxygen ions are then isolated and reformed to create breathable air.

The successful experiment by Perseverance Rover that made the historic life-changing discovery on Mars, follows NASA’s recent announcement of a return to manned space exploration.