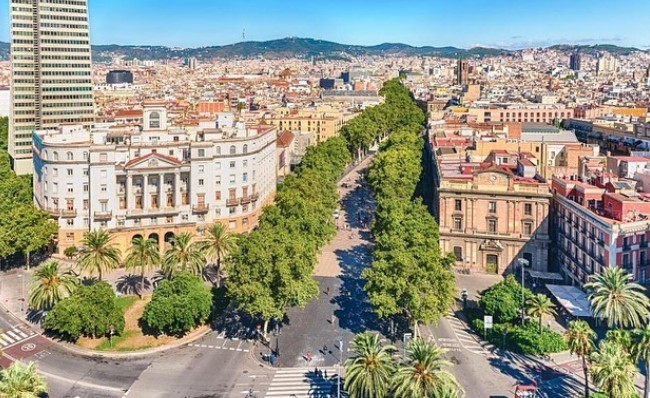 A British tourist was stabbed in the Spanish city of Barcelona while attempting to prevent a gang of thieves from stealing his bag.

A shocking incident involving a young British tourist occurred last night, Thursday, September 1, in the Spanish city of Barcelona. The brave youth was stabbed whilst attempting to retrieve his bag from a gang of males who snatched it as he was sitting on a bar terrace having a drink.

Four men approached the Brit as he sat at a table with one of them grabbing a chain from around his neck. They subsequently made off with his bag, with the young man giving chase and catching one of the thieves.

This awful scene unfolded in front of a street full of stunned people, as the tourist wrestled with the bag thief. The robber took a sharp object out of his pocket and can be seen trying to stab the Brit a number of times, before finally making contact and cutting him on the side of his torso.

As he realises he had been stabbed, the Brit let go of the robber who fled accompanied by his three companions. Shortly after the robbery, all four assailants were intercepted and arrested by the Spanish police. The British youth was taken to a hospital but his attacker had thankfully not inflicted a life-threatening wound.

A witness to the incident – another British person – captured it on video. As the tourist is seen wrestling with the robber next to a shop window, a voice can be heard in English saying, ‘give it back bruv’, and, ‘you’re on camera mate’.

As the four men surround him, and he scuffles with one of them in an effort to get his bag back, the British man can be heard asking, ‘where’s my s**t?’. Then he added, ‘Where’s my necklaces bro?’. At this point, the thief brandishes the bladed weapon in the man’s face, shouting and threatening him, as reported by dailymail.co.uk.