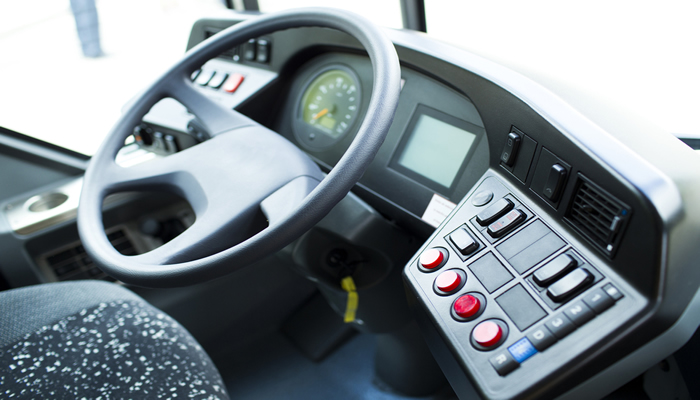 Image of the steering wheel of a coach. Credit: Juanan Barros Moreno/Shutterstock.com

A 78-year-old coach driver died after crashing his vehicle on the M25 following a ‘medical episode’.

A tragic death occurred this morning, Sunday, September 4, on the M25 motorway, after a 78-year-year coach driver crashed his vehicle. He is believed to have suffered a ‘medical episode’ whilst driving which caused him to swerve across three lanes of traffic and into the central reservation.

The incident occurred at around 8:55am while the Mercedes Benz coach was travelling near junction 14, which exits towards Heathrow Airport and the M4. His vehicle eventually ended up on the hard shoulder on the motorway. Six of the passengers were injured in the impact but the six teenage girls did not require hospitalisation.

Despite the best efforts of medics from the South Central Ambulance Service, the driver was pronounced dead at the scene. Suspicious circumstances are not suspected and Thames Valley Police are appealing for witnesses to come forward.

‘Firstly, our thoughts are with the man’s loved ones and everyone else involved in this road traffic collision. It is thought to have been caused by a medical episode and is not being treated as suspicious at this time”, commented PC Jonathan Housby, the investigating officer from the Joint Operations Roads Policing Unit.

“I am appealing for any witnesses to this incident to please come forward. I’d also ask anyone with a dash-cam who was in the area just prior to or at the time of the collision to check any footage in case it has captured something that could help our investigation”, he requested.

PC Housby added: “You can make a report online, or by calling 101, quoting reference 43220397531. Alternatively, contact independent charity Crimestoppers anonymously by calling 0800 555 111 or via its website”, as reported by dailymail.co.uk.