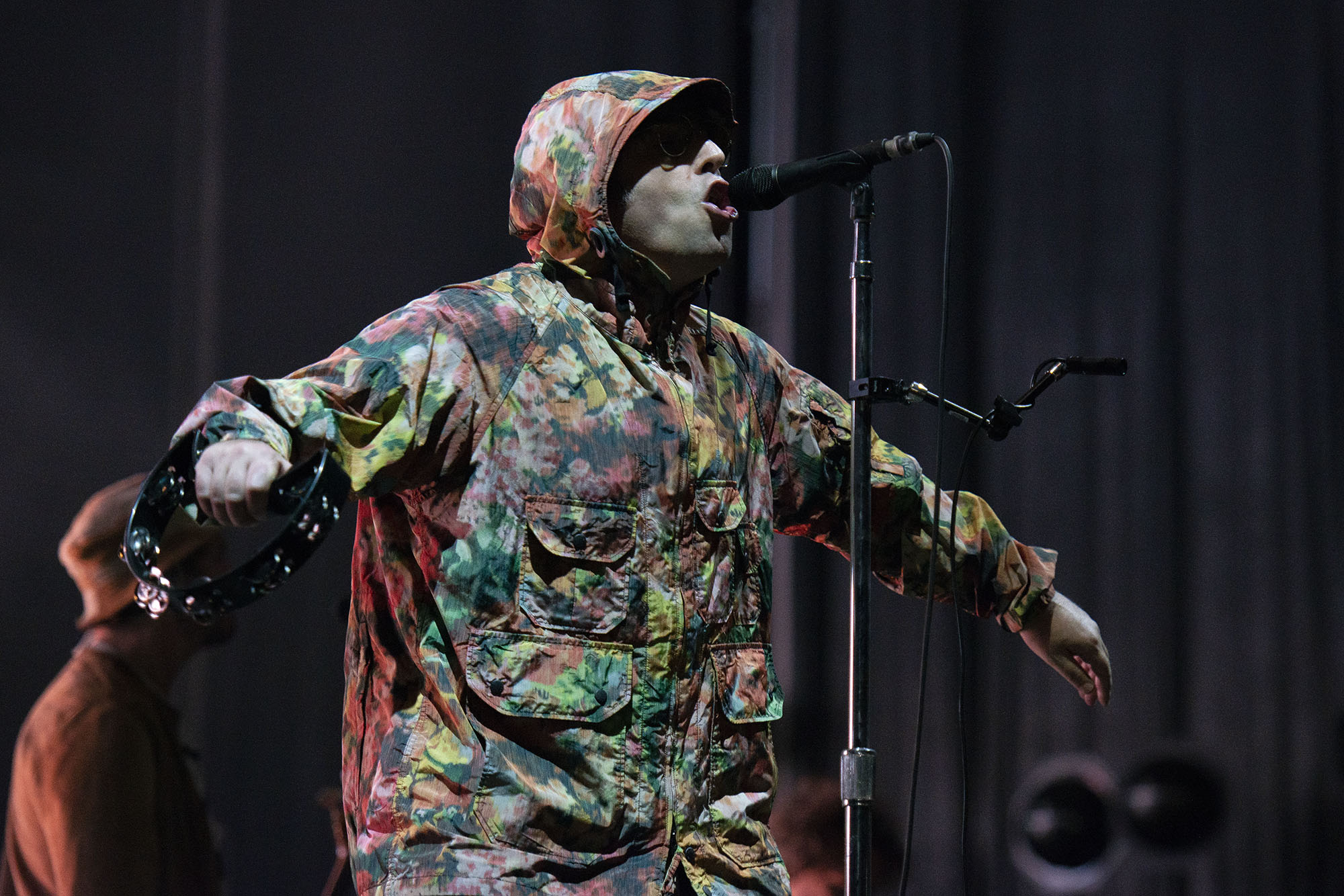 Liam Gallagher gave the fans exactly what they wanted when headlining the third and final day of the Cala Mijas festival on Saturday evening.

The charismatic former Oasis frontman may be three No.1 albums into his burgeoning solo career but, despite the swagger and attitude, he’s a people pleaser at heart and is happy to celebrate his more distant musical past.

Words such as ‘legend’, ‘icon’ and ‘rock ’n’ roll star’ (among others) flashed up on screen before Gallagher and his band took to the stage and kicked into the mighty ‘Morning Glory’, the Glitter-ish ‘Hello’ and, indeed, ‘Rock ‘N’ Roll Star’, three Oasis songs that ensured a winning start to the show.

It was the second time he had performed ‘…Star’ on the day, having appeared with the Foo Fighters at the Taylor Hawkins Tribute Concert at London’s Wembley Stadium that afternoon.

‘Wall Of Glass’ from his first solo album was followed by the likeable ‘C’mon You Know’, the title track of his latest release, the success of which saw him play to 160,000 people across two sell-out nights at Knebworth in June.

“Do we have any Oasis fans in the house?” he asked, somewhat rhetorically, before delivering ‘Stand By Me’ and ‘Slide Away’, while his “anybody from England?” question was rewarded with two more classics in ‘Cigarettes & Alcohol’ and ‘Wonderwall’.

“Liam! Liam!” chanted the boys in the crowd as girls grabbed complete strangers and encouraged them to jump and down with them – not easy with a €10 pint of lager to protect.

Gallagher has clearly picked up and run off with the Oasis baton, playing 10 of their songs overall and just six from his solo outings (seven if you include ‘Soul Love’ from his underwhelming Beady Eye days).

The 90-minute show climaxed with the excellent ‘Live Forever’ and the anthemic ‘Champagne Supernova’, with Liam passing his tambourine down to a grateful and tearful girl in the crowd.

“Look after yourselves and make sure you put your sun cream on,” he quipped, before disappearing into the night with no thoughts of an encore.

The acrimonious gulf between Liam and older brother Noel, the songwriting force of Oasis, appears to be widening, but you still can’t help feeling that a reunion will somehow take place one day.

Earlier, the multi-talented James Blake won many friends with his moody and melancholic electronic soul, creating an ice-cool and intimate atmosphere with his 75-minute set.

The Mercury Prize winner from London (also a producer of the likes of Beyonce and Kendrick Lamar) is very much a modern-day troubadour, orchestrating the three-piece from his keyboards and incorporating ambient and techno elements into his sound.

Highlights included last year’s ‘Say What You Will’ and the new ‘You’re Too Precious’ (“one of my favourite songs I’ve ever made,” he declared).

With Arctic Monkeys, Nick Cave and the Bad Seeds, Kraftwerk, The Chemical Brothers, Blossoms, Roisin Murphy and, of course, Liam Gallagher all helping to attract big crowds to the 50,000-capacity Sonora venue across the three days, the inaugural Cala Mijas festival has to be considered a success. More will certainly follow…