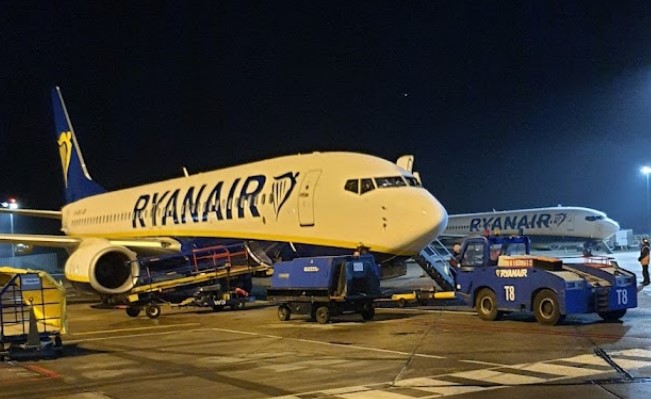 A drunken Ryanair passenger has appeared in court in Dublin, Ireland, after being arrested for his behaviour on a flight from Lithuania.

He appeared before a judge today in Dublin, accused of being intoxicated on the flight to such an extent that it could give rise to an apprehension that he might endanger himself and others. When the aircraft landed in Dublin, Ireland, at around 7:20pm, Garda officers were waiting at Terminal 1 to take the 26-year-old into custody.

Mr Malinovskis was detained in a cell overnight before appearing before Judge Patricia McNamara in Dublin District court, as reported by the Irish Mirror. As well as being charged with drunken behaviour, the defendant was also charged with behaviour likely to cause serious offence or annoyance to any person on board the aircraft.

This was the result of his paying no attention after the plane’s crew asked him to refrain from being threatening, abusive, and insulting. When charged, the defendant ‘made no reply’ as was related to Judge McNamara by Garda officer Joy McDonnell.

The defendant was released on bail on the condition that he reports weekly to a Garda station, in a sober state. Malinovskis duly agreed to the terms of his bail.

An address in Co Longford was given to the court, who were told that he runs a log cabin building business in County Cavan. No indication was given to his eventual plea and he was instructed to appear in court again in October. Malinovskis could face a sentence of up to four months imprisonment along with a fine if found guilty.