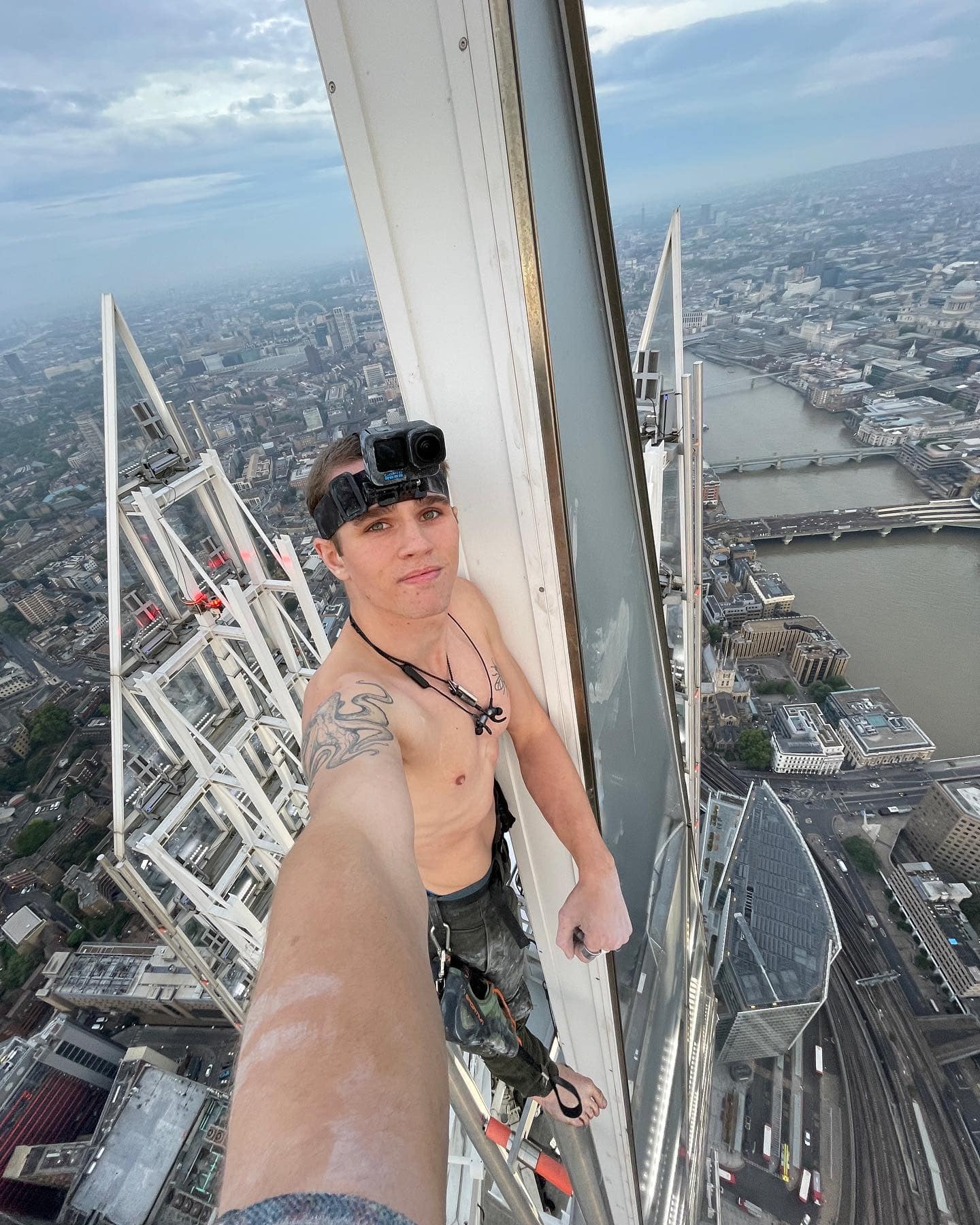 Notorious free-climber Adam Lockwood has been identified as the figure seen scaling the Shard building in central London on 4th September 2022, one of the tallest buildings in Europe, and has been arrested by Metropolitan Police officers.

The daredevil 21 year old climber has been arrested on suspicion of trespassing after somebody was seen climbing the 1,107ft tall London skyscraper at around 5am this morning, as reported by bbc.co.uk.

Lockwood, who is originally from Manchester, was seen scaling the Shard, the tallest building in the UK, with just his bare hands. Upon reaching the building’s summit, he took a selfie which he later posted on Facebook.

This is not the first of his daring escapades, as earlier this year Lockwood dangled naked from a crane in Dubai, did chin-ups at the top of a 1,100ft power station in Croatia, and dangled from the rafters of San Siro Stadium in Milan, as reported by dailymail.co.uk

Two other man have also been detained by Met police on suspicion of causing public nuisance and all three currently remain in custody.

Previously, Lockwood had ignored a court mandate banning him from climbing tall buildings, risking going to jail in continued search of his vertigo-inducing adrenaline-junky thrills. In 2019, he was given a three year anti-social behaviour injunction order by Manchester City Council to prevent him from climbing on buildings, cranes, buses, trams and trains.

The free-climber has described the experience of dangling from astonishing heights with no safety restraints as “almost peaceful”.

Lockwood is not the first free-climber to reach the top of the impressive London landmark, as George King-Thompson scaled it in just 45 minutes three years ago. King-Thompson was given a six month sentence in a young offender institution as punishment.

Despite this, he went on to scale other buildings such as the 23 story Unex Tower in Stratford, East London to raise awareness of climate change. He chose the Unex Tower, even stopped for a vape at the 21st story, because it overlooked the railway station which flooded in July 2021, as reported by Oxford Mail.