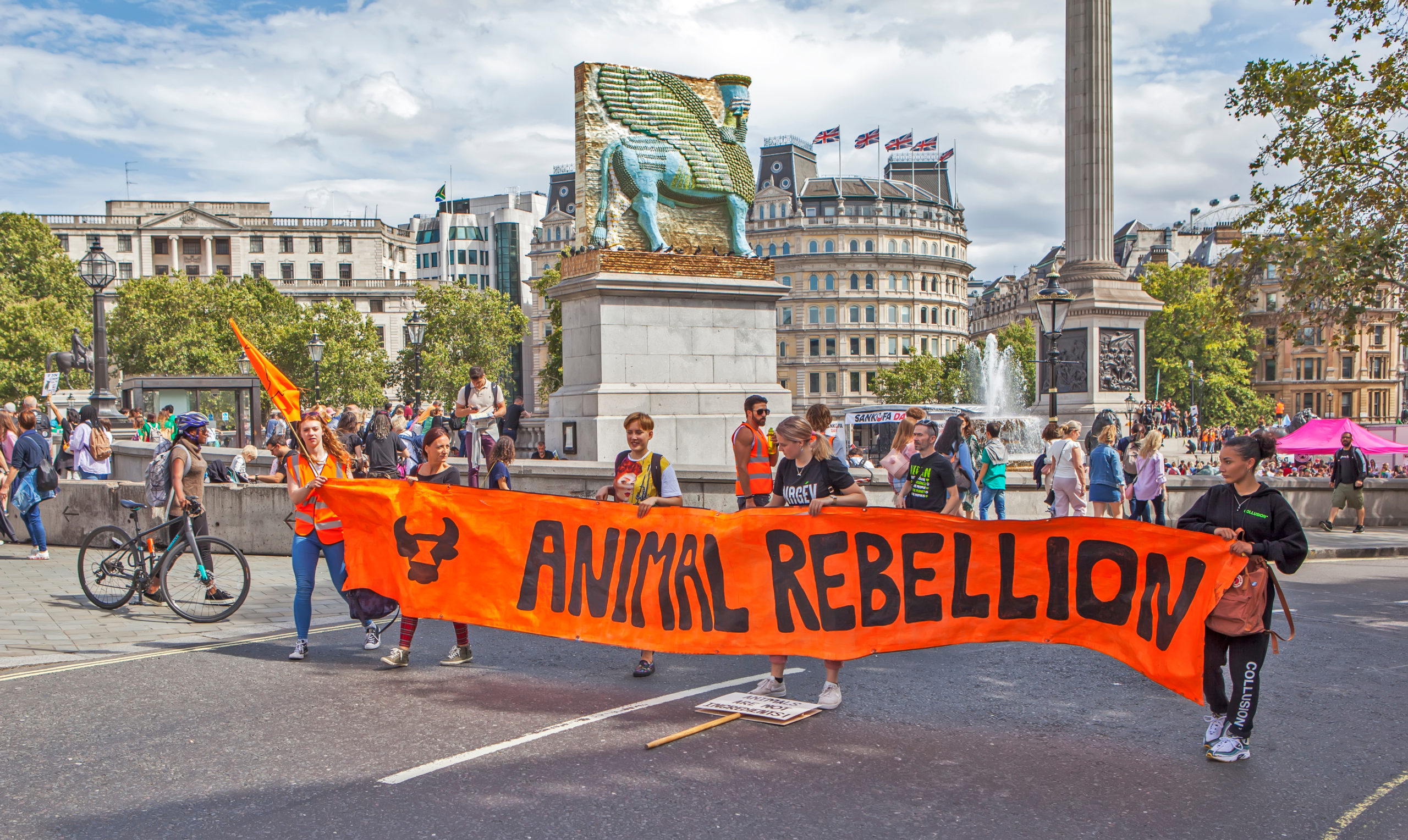 Animal rebellion vegan activists have been planting themselves in front of dairy products in four UK supermarkets as part of their sit-down protest against the farming and consumption of animal products.

Shoppers’ access to milk and dairy products in high-end supermarkets has been blocked by activists sitting down in these aisles, holding signs reading things like “Plant-based future” and “Animal Farming = Climate Crisis”. They are calling for a transition to completely plant-based food production, according to Metro.

The UK Government has been criticised by the demonstrators for ignoring “climate, ecological and moral crises”. As a result, activists are trying to cause obstruction to the production and supply of dairy products during September. This industry has been branded, much like the cattle often are who are exploited for their milk, as “cruel and destructive”.

Stores affected by the Animal Rebellion protests include a Whole Foods in London and Marks and Spencer’s stores in Southampton, Birmingham and Manchester.

The vegan activists’ previous demonstrations include storming a racecourse during the Epsom Derby to expose the “cruelty and harm the horseracing industry represents”, as well as emptying out milk onto the floor of Harrods in July, despite the cost of living crisis which means that many people are struggling to afford basic things like milk to sustain their families.

Protestors have expressed what they see as their obligation to partake in the activism. “As the Government is failing to respond to our climate, ecological and moral crises, I no longer feel like I have a choice”, commented Max, one of the Animal Rebellion activists in Manchester’s Marks and Spencer’s.

In addition to the supermarket sit-down protests, Animal Rebellion have also blockaded dairy distribution centres Muller and Arla by stopping and climbing company trucks outside facilities and trespassing into the sites themselves. Locations affected include Aylesbury, Droitwich, Severnside and Bridgwater.

Animal Rebellion had already tried appealing to the Downing Street prior to these disruptions and had experienced no response. They have vowed their commitment to nonviolent direct action until the Government supports farmers and fishing communities to transition towards a plant-based food system and commits to a mass rewilding programme, as reported by plantbasedfuture.animalrebellion.org