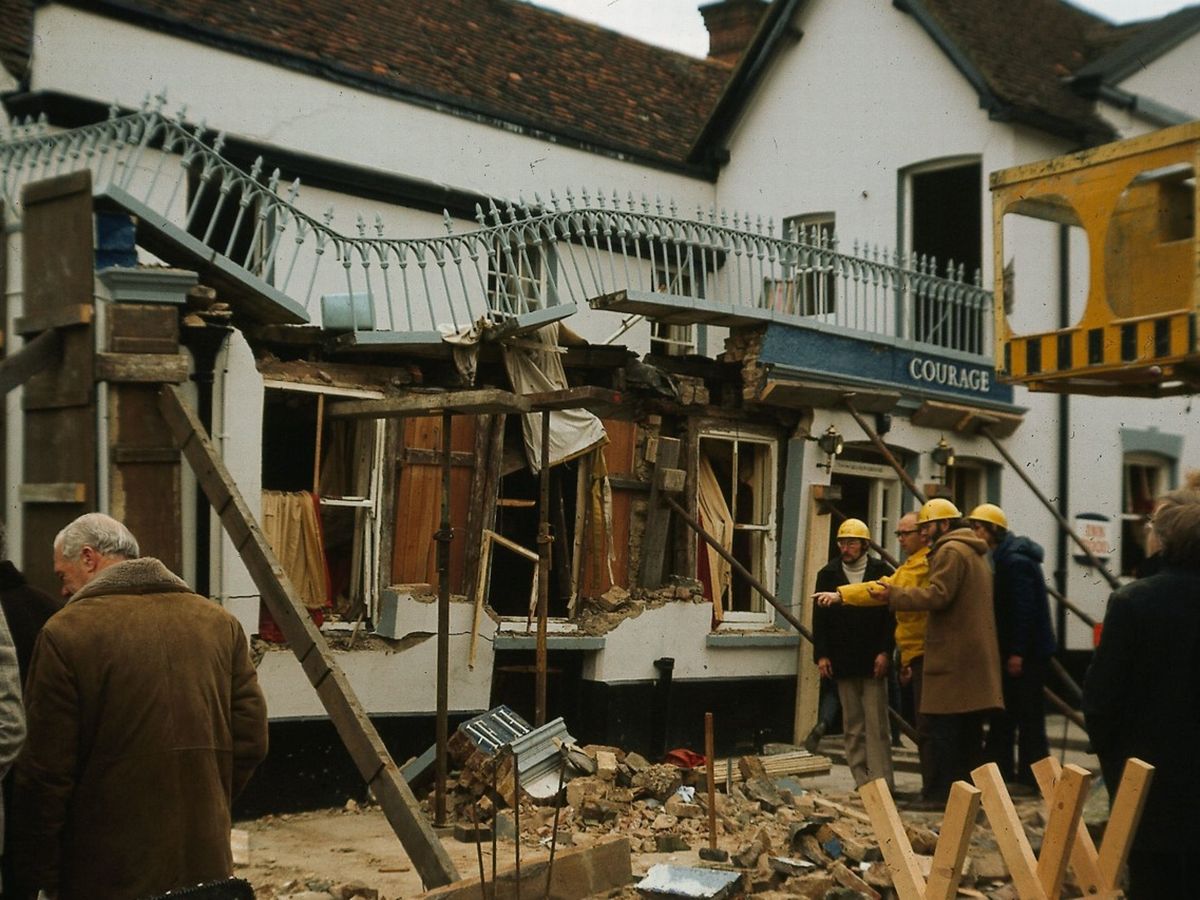 BOMB CARNAGE: The Horse and Groom pub on the night of October 5, 1974 Photo credit: getsurrey.co.uk

MALCOLM KEEFE now lives in Torrevieja, where he has owned a holiday home since 2002 and is now a permanent resident.

Few neighbours suspect that Malcom was the 25-year-old special constable who was the first policeman on the scene when the IRA bombed the Horse and Groom in Guildford on October 5 1974.

Finally, following the belated inquest into deaths of the five victims which finished in July, Malcolm received an official citation from Surrey’s Chief Constable, commending the bravery of the young special constable, then on foot patrol nearby.

As the citation said, “without a care for his own safety and not knowing the cause of the explosion” the young man, a father of three, immediately ran into the premises.

The building was unsafe but Malcom continued to evacuate the injured, even though the pub floor was caving in.

More followed as another bomb exploded at the nearby Seven Stars where despite his own injuries caused by nails, broken glass and debris, he saved three people’s lives and assisted another 115.

“The citation, which arrived 48 years later, was based on witness statements, as my own report did not go into details,” Malcolm told the Euro Weekly News.

As well as the official citation, he has received a handwritten letter from Surrey’s Chief Constable.

Ironically, Malcolm was hardly in the best of health in October 1974 as he had spent four and a half months in hospital recovering from TB, returning to the police as soon as he could.

A senior pathology technician until he retired, Malcolm was a special with the Surrey police and the Met – not forgetting a spell in the Falklands following the Argentinean war. He was also with the City of London police where he rose to Division Officer.

And, as the Guildford bombings prove, they are also heroes.