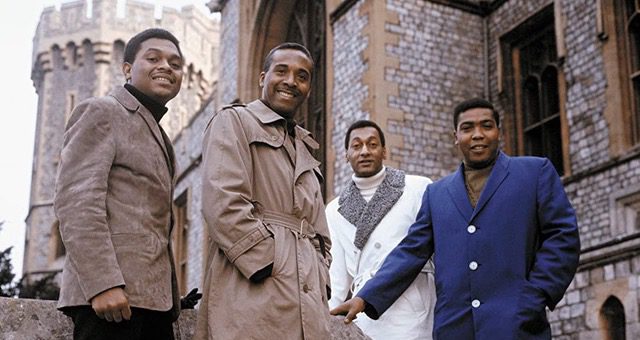 Exclusive Interview with Duke Fakir on the customised business of The Four Tops Credit: Duke Fakir

The world-renowned American quartet The Four Tops formed by Levi Stubbs, Duke Fakir, Lawrence Payton and Renaldo “Obie” Benson, was not just a musical band but also a global business and brand. In an exclusive interview with The Euro Weekly News founding member Duke Fakir reveals the secrets to the group’s business success spanning 44 years.

Abdul “Duke” Fakir born December, 26, 1935, the last remaining founding member of The Four Tops, has long managed the group’s business affairs throughout its history, learning the do’s and don’ts of business early on in his career.

“Our customised business was created mostly out of necessity. We started out very young, without any guidance, making very little money. It was nine years before we reached Motown,” recalled Duke Fakir.

The music legend attributes a lot of his business and work ethic to his parents.

“My father was originally from East India, now Bangladesh, and he used to make and play sitars on the streets of India, until he decided to move to Canada to look for factory work”.

“While on a boat travelling there, he heard that a factory in Detroit would take men of any colour on the same pay scale, so he jumped straight into the Detroit river and swam to shore.”

“I’ve had such great ingredients from both of my parents, I learnt a lot from both of them on sticking to what you’re doing with an open mind with resilience and positivity.”

“I’m very proud that I was the child of those two wonderful parents who gave me some good stuff.”

Duke Fakir made sure his mother was taken care of as soon as the Four Tops classic “Baby I Need Your Loving” became a hit.

“My mother was still working so I went to Motown producer Berry Gordy and asked for an advance,” Fakir recalled.

“He said that he didn’t do that so I told him that we would give him many more hits and that I wanted to retire my mama, get her off her knees and get her a house.”

It was after this exchange that Duke Fakir realised the importance of making sure the business and finance side of things were covered.

“Once we made it in Motown we were told we needed to make sure we had someone to take care of taxes,” stated Fakir.

“For most young artists without a college education, like us, as soon as you start earning real money, you go out partying and buy yourself a car or your mama a house, and before you know it you say : Oh my God I ain’t supposed to spend all this money, I’m supposed to save some of it.”

“It took us a while but we realised that, formed a corporation and put ourselves on salaries, paid our rhythm section and made sure everyone had medical care.”

Duke Fakir’s interest in business and finance led him to fall into the role of the group’s businessman.

“I was very interested in finance, I would have studied something like that, which I had intended to do as I had received a scholarship for college through basketball, and had always considered business as a possible major, but we started singing just before that,” said Fakir.

“We had a very simple equation on how to deal with business. Whatever we made, expenses were always the first thing to come out and the rest we would divide four ways equally.”

“As we grew we created different types of companies to contend with our growing income and fame.”

“We did everything equally. We always did. A lot of people would say that since Levi was the lead singer he should get an extra amount. But in our group we all had important roles.”

“My job was to take care of the guys and business. Levi helped us to get there. Lawrence took care of making that beautiful sound. Obie, who was a great PR person, had a happy little smile everywhere he went and he helped draw business people into me.”

“We all felt everybody was as important as the next person, which was the key to us staying forever so long. There was love there but there was also mutual respect.”

Although Duke Fakir, took charge of the business side of things, he recalls that he had originally suggested a more shared approach:

“They all looked at me like I was crazy and said they didn’t want to be bothered by all that!,” laughed Fakir.

“So instead I suggested every month a different member would take all of the group’s income, except a certain percentage that we would save for business expenses, that way you’d get a big gross, and everybody was on their own to pay their taxes.”

“So back then we’d take maybe 60,000 dollars a month, which was a lot of money in the 60s. Whoever took the money that month was as happy as a kid at Christmas time!”

But his duties did not just include business contacts and finance.

“One time I had to be the road manager, I worked as the dressing room guy, I took all our stuff to the cleaners, so I’ve done it all. It was a wonderful experience and I was so glad they trusted me to do that,” recalled Fakir fondly.

“I’ve always thought in terms of the four of us, never in terms of what I can get out of this. That was not our way of thinking, everything we did was for each other and for me that’s why we were able to stay together for 44 wonderful years.”

Duke Fakir will be touring the US, Australia, Belgium, England, Holland and other European countries later this year with The Four Tops latest line up including Lawrence Payton’s son Roquel Payton and Ronnie Mcneir.

“After this tour I’m stepping away from touring outside the U.S, now that I’ve written my book, which is basically a recipe for our upcoming musical, which I’ve always wanted to do,” stated Fakir.

“To tell the wonderful story of how these four young street guys changed their whole perspective of life through music.”

Producer, Paul Lambert who is currently working on The Four Tops stage musical entitled “I’ll Be There”, believes their ambitious musical has worldwide potential, rivalling musicals such as Jersey Boys and Mamma Mia.

“The Four Tops represent such a historical time in music, as they were such a crossover from a black artist’s typical audience into the white audience as well, expanding their potential as a business, increasing the opportunities that Motown would later enjoy,” stated Lambert.

“While I bring to the table some of the traditional understanding of the structure of how musicals work, Duke brings his business instinct, his imagination and his understanding of what audiences like.”

“Duke has surrounded the musical with Eddie and Brian Holland, who, along with the late Lamont Dozier, wrote most of The Four Tops biggest hits and H. B. Barnum, who worked as Aretha Franklin’s musical director for years.”

“In addition, Duke decided to pull in a multi-generational audience, by choosing a young director, Aakomon “AJ” Jones, who has worked with Justin Bieber, Usher, Alicia Keyes, JayZ, Jennifer Lopez as well as choreographer on the Black Panther franchise movies”

Duke Fakir will also have an entire mentoring campaign named Top Talks, which will have interviews with himself and others from the music business, to mentor and spread his wisdom both as an artist and as a businessman to the next generation.

“I heard a great quote which states: “He has achieved success, who has lived well, laughed often, and loved much”, and that I think summarises Duke to a tee,” concluded Lambert.