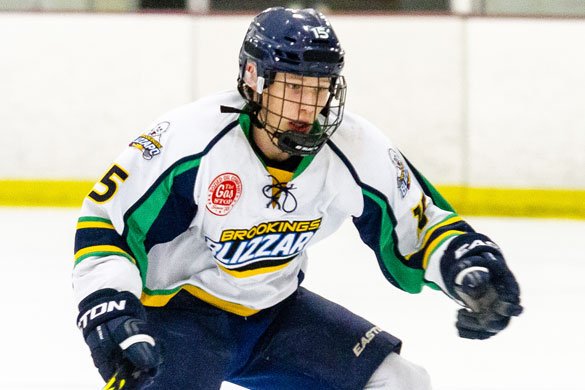 A HEALTHY young hockey has been forced to retire from the sport after being diagnosed with a heart condition ‘that means he has a higher risk of having a heart attack on the field’.

Finland’s Mikael Hakkarainen, the 24-year-old hockey player who played Sweden’s Västerås IK, has been forced to retire from the sport following a heart condition diagnosis which means he cannot play again without fear of suffering a heart attack.

Hakkarainen believes that his heart condition diagnosis was due to catching Covid.

He tested positive for the virus back in January and played his last professional match in March.

Speaking to Finnish new outlet Jatkoäjä, the young man said: “I got Covid at the end of January. I had severe symptoms and went to play too early. Since April I have been doing nothing but watching.

“Now I have been told that I have a congenital heart disease called LVNC, or trabeculation cardiomyopathy,” Hakkarainen said.

Prior to catching Covid, the hockey player said he had no problems with his heart.

“[Being diagnosed with this heart condition] means I have a higher risk of having a heart attack on the ice – especially when it comes to contact situations,” he said.

“I would have been keen to play and would have got a place, but you can’t play with your health.”

The 24-year-old said he is now considering his options.

“I’d like to do something in hockey, but I can’t say anything for sure yet.”

“I’ve just had to accept that I can’t play hockey anymore. And that’s fine,” he added.

Hakkarainen had an eventful career for a young player.

In 2018, he was a fifth-round draft pick for the NHL team, Chicago Blackhawks.

However, his career will be most remembered for being involved in the Blackhawk’s most memorial trade.

Hakkarainen was traded to the Vegas Golden Knights in exchange for star goaltender Marc-André Fleury.

Eli Palfreyman, captain of Canadian hockey team Ayr Centennials, died of a “medical incident” during a game on Tuesday, August 30.

Brian Shantz, vice-president of the Centennials, said at the time: “We are asking for your prayers and support for Eli’s family and each of our players.

“Our Centennials’ organisation and the community of Ayr are in mourning. We have reached out to mental health and grief professionals to support our players and staff.”

He added: “Eli had the best of care from our medical staff and quick response from the ambulatory staff.

“Medical doctors will have more answers for us in the coming days.

“Out of respect for the family’s right to privacy, we will not speculate on anything at this very difficult time. Cens’ nation also needs time to heal during this devastating time.”