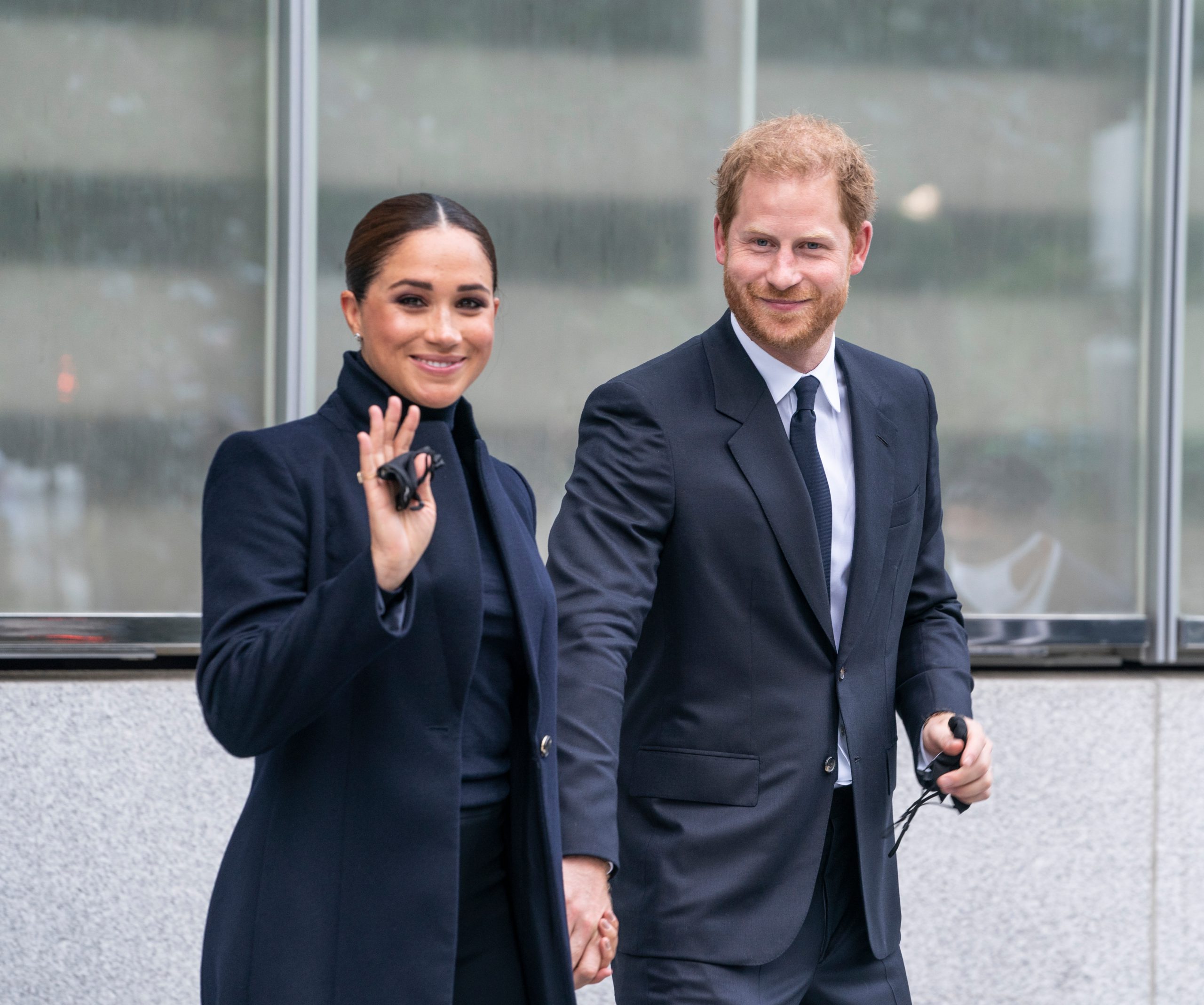 Prince Harry and Meghan Markle were back in the UK attending the One Young World summit for youth leaders at Manchester’s Bridgewater Hall, their first time back in the country since June.

Prince Harry and Meghan Markle fulfilled their first public engagement in Britain since June on Monday, September 5. The Duke and Duchess of Sussex attended the One Young World summit for youth leaders at Manchester’s Bridgewater Hall where Meghan was due to give a keynote speech.

Despite the use of a decoy vehicle, a group of around 100 demonstrators had obviously been one step ahead. As the couple exited their 4×4 BMW and entered the building via a rear entrance, they had to endure a chorus of boos from the group holding placards and shouting.

Once they were inside, the attendees gave them a warm welcome, with the Duchess first meeting with delegates on gender equality in a round-table session. Representatives from 190 countries were among the 2,000-strong audience as Meghan gave her speech, telling them how ‘nice to be back in the UK’.

She described the attendees as: ‘the future, but also the present, driving the positive and necessary change needed across the globe’. Meghan reminisced about how in 2014, she had joined the One Young World organisation as a counsellor, calling herself: ‘young, ambitious, and advocating for things I deeply and profoundly believed in’.

‘I was surrounded by world leaders, humanitarians, prime ministers, and activists that I had such a deep and longstanding respect and admiration for… and I was asked to pull up a seat at the table”, she recalled. At that moment she said thought of herself as ‘the girl from Suits’, and was filled with self-doubt.

As the couple departed the stage they enjoyed a big round of applause, before heading off to catch their train back to London’s Euston Station. The Sussexes are scheduled to arrive in Germany today, Tuesday, September 6. They will attend the launch of the Invictus Games Dusseldorf 2023. This event was founded by Prince Harry and is a Paralympic-style event for servicemen and women.

Thursday, September 8, will see Harry and Meghan attending the WellChild Awards, a charity of which Harry is a long-time patron. It celebrates the bravery of young people from across Britain who have coped with a serious disability or illness.