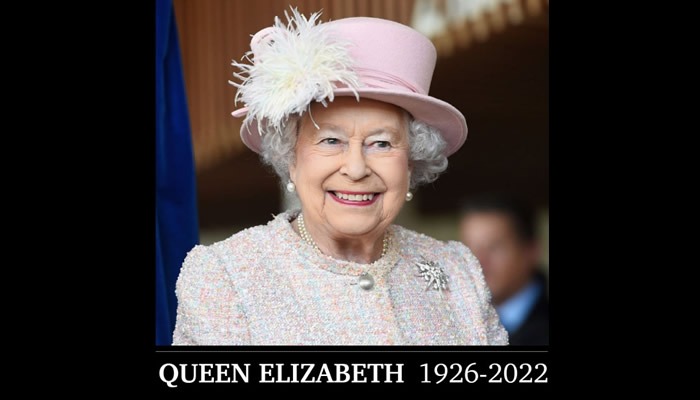 Elizabeth II, Queen of the United Kingdom and 14 other Commonwealth realms, has died aged 96, as reported on Thursday, September 8.

Heartbreak around the world on Thursday, September 8 following the news that Queen Elizabeth II has died.

“The Queen died peacefully at Balmoral this afternoon.

“The King and The Queen Consort will remain at Balmoral this evening and will return to London tomorrow.”

The Queen died peacefully at Balmoral this afternoon.

The King and The Queen Consort will remain at Balmoral this evening and will return to London tomorrow. pic.twitter.com/VfxpXro22W

The Queen died surrounded by the majority of her family, who travelled up to be by her side.

Queen Elizabeth II was born April 26, 1926, in Mayfair, London, as the first child of the Duke and Duchess of York, who would later become King George VI and Queen Elizabeth.

Her coronation ceremony took place on June 2, 1953, however, she reigned since February 2, 1952, making her the second longest reigning Monarch in history, with an incredible 70 year-reign.

She was narrowly beaten by French King Louis XIV who served as monarch for more than 72 years after taking the throne at age four and dying in 1715.

News that the Queen was under medical supervision

Prior to her death, TV programmes across the UK were interrupted with an urgent update on the Queen’s health.

The Palace issued an update on the Queen’s condition amid fears for her health, which stated at the time:

“Following further evaluation this morning, The Queen’s doctors are concerned for Her Majesty’s health and have recommended she remain under medical supervision.”

“The Queen remains comfortable and at Balmoral.”

“Her Majesty’s immediate family members have been informed”, the palace added.

Following the news that her health had taken a turn for the worst, world leaders sent well wishes to Her Majesty.

Following the death of Queen Elizabeth II, many protocols will be followed.

‘London Bridge Is Down‘ is down will be launched.

“Operation London Bridge (also known by its code phrase London Bridge Is Down) is the plan for what will happen in the United Kingdom on and immediately after the death of Queen Elizabeth II.”

An announcement will be published on the Royal Family website, and social media and then the website will go dark.

Charles, Prince of Wales, who will succeed the Queen, will be in charge of making some of the future plans, including announcing a period of official mourning, and the details of her state funeral.

Then Operation Unicorn will commence.

Once the monarch’s death is made public, Holyrood Palace, St Giles’ Cathedral, and the Scottish Parliament will serve as the focal point of gatherings. A condolence book will be set up at the latter location and made open to the public.

All Parliamentary business will immediately be suspended for at least six parliamentary days. This is to allow the authorities to prepare for the funeral. A motion of condolence will then be prepared by parliament within 72 hours of reconvening.

This is followed by Operation Spring Tide.

The plan will be executed for the Prince of Wales’ accession to the throne.

On Friday, September 9, the Accession Council will meet at St James’s Palace to proclaim the new monarch. Parliament will meet in the evening where MPs will swear allegiance to the new monarch and express condolences for the Queen’s death.

The future after Queen Elizabeth II

Following her passing, many will hope that the royal family can band together and reunite properly, in what would be the best gift for the UK’s longest-standing monarch.

As previously, reported the past few years have seen the Royal family torn apart over Prince Harry’s decision to marry Meghan Markle and to step down from royal duties.

The job of bringing the family back together falls to Charles.