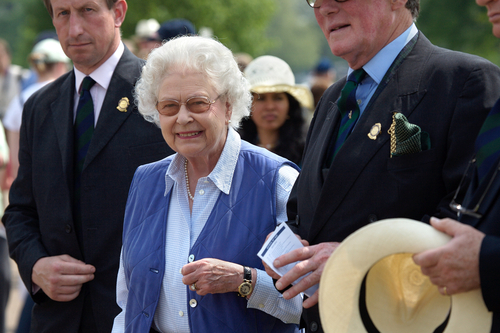 19:51 (September 8) – World leaders have taken to social media and the press to express their condolences at the sad loss of Queen Elizabeth II.

Among those Josep Borrell, High Representative for the EU on Foreign Affairs.

While her loss will be felt around the world, our immediate thoughts are with her family & the people of the UK

NATO’s Jen Stoltenberg added his condolences saying: “Deeply saddened by the passing of Her Majesty Queen Elizabeth II. Over more than 70 years, she exemplified selfless leadership and public service. My deepest condolences to the Royal Family, to our #NATO Allies the United Kingdom and Canada, and to the people of the Commonwealth”

Charles Michel, President of the European Union said: “We salute Elizabeth the steadfast.”

Whilst India’s President Narendra Modi said he is ‘pained’ by the death of Queen Elizabeth II.

19:25 (September 8) – Ursula von der Leyen has said that her thoughts and those of Europeans everywhere are with the Queen and her family.

Thoughts and prayers for the health of Queen Elizabeth II, from President @vonderleyen, during the press conference with PM Mark Rutte @MinPres in Rotterdam this afternoon. pic.twitter.com/dlZs6GnqOG

According to John Kirby, the National Security Council director for Strategic Communications, Biden was briefed this morning and used the opportunity of a video conference with allies to say: “His and the first lady’s thoughts are solidly and squarely with the Queen today and her family.”

He added that he and Dr. Biden are thinking very much about the Queen and the family and the people of the United Kingdom.

18:37 (September 8) – Leaders from across the world have said a little prayer for the Queen, saying their thoughts are with her and her family.

With the family called to the Queen’s bedside on September 8, leaders from across the world have spoken warmly of their wonderful relationship with Queen Elizabeth II who they describe as being “cherished across the world.”

Among the first to send well wishes was Mitch McConnell, the Leader of Republicans in the US Senate. He said: “The queen is an exemplar of steady leadership and a beloved figure around the world. She has been a historic friend of the United States. The decades of her reign have seen a profound deepening of the special relationship between our two countries that has literally changed the world. The queen, the royal family, and all our friends in the United Kingdom have our thoughts and our prayers.”

Following close behind was Canada’s Prime Minister Justin Trudeua, who said: “My thoughts, and the thoughts of Canadians across the country, are with Her Majesty Queen Elizabeth II at this time. We’re wishing her well, and sending our best to the Royal Family.”

Reacting to the news of the Queen’s ill health, Australia’s Governor General David Hurley said: “Following news from Buckingham Palace, and on behalf of all Australians, the Governor-General and Mrs Hurley’s thoughts and prayers are with Her Majesty The Queen and the Royal family at this time.”

Hopefully, with so many world leaders saying a little prayer, the Queen will recover and be with us for many more years to come.