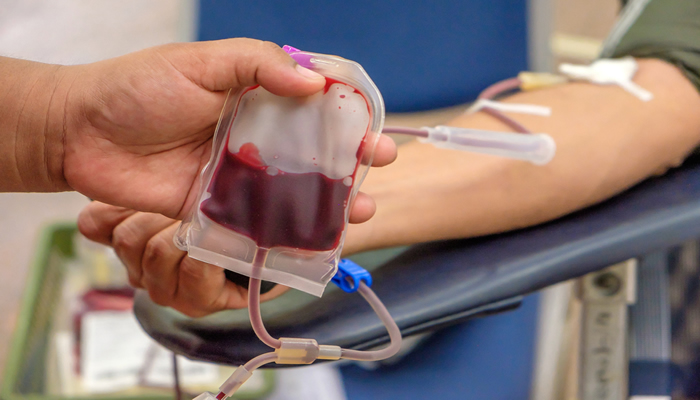 Two sisters have been discovered by doctors in China with the rarest blood-type on Earth – ‘Golden Blood’.

The incredible discovery of two women with the rarest blood-type on Earth has been made in Jiangsu Province in eastern China. Both women were found to have Rhnull blood, something that less than 50 people are known to possess worldwide. It was first discovered in Australia back in 1961.

Only four people have ever been found in China with this rare blood, and it happened purely by chance. A woman attended Jiangsu Taizhou People’s Hospital suffering fromsevere anemia. Blood tests were carried out to check her condition antibodies, which resulted in lab technicains making the stunning discovery, as reported by the Global Times newspaper.

Incredibly, they asked the woman’s elder sister to come in for similar tests and she too was found to possess the same Rhull blood-type. This blood group is commonly known as the ‘Golden Blood’, due to its ability as a universal life-saving blood for transfusions. It is even more precious than the also-rare ‘Panda Blood’, an Rh-negative blood type.

Since being uploaded onto China’s Sina Weibo internet playform, this medical discovery has already notched up in excess of 620 million views. It has become one of the biggest-trending searches.

Rhnull blood contains no Rh antigens -neither positive nor negative- which means that people of all blood types can receive a transfusion of this blood without fear of it being rejected by the body. This makes Rh-null carriers into universal donors.

Unfortunately, the downside of possessing this blood is that medically it has proven almost impossible to undergo organ transplants or even transfusions from donors with other normal blood types. They are reportedly incompatible with 99.9999994 per cent of donors, and can only accept blood from another with the same Rhull type.